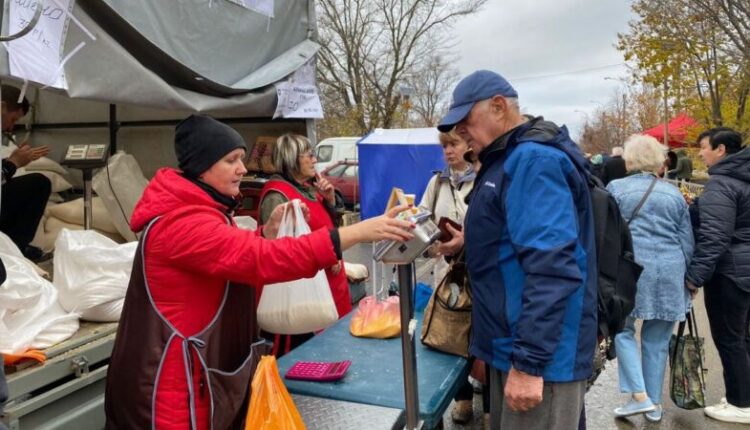 Part of the Crimean rice harvested this year is sold at agricultural fairs in Crimea. This was announced by the Minister of Agriculture of the Republic of Crimea Andrey Savchuk. For the first time since 2014 the «White Gold» was grown by 7 enterprises of the Republic.

Last Saturday, one of the enterprises that grew rice this year brought part of the harvested crop to our fair location in Simferopol, on Kyiv street. The product immediately aroused great interest among buyers. In a matter of minutes, a queue gathered at the counter in order to buy Crimean rice. Now residents and guests of the Crimean capital can regularly purchase this high-quality and healthy product at the agricultural fair in Simferopol. I am sure that buyers will appreciate the taste of the Crimean rice , — commented Andrey Savchuk.

The head of the Crimean Ministry of Agriculture also noted that, in addition to Crimean rice, farmers brought more 25 tons of their best products. At three traditional locations in Simferopol, 168 trading places were organized.

Now there is a mass harvest of vegetables and fruits, so everything from the fields and gardens immediately hits the shelves. Our farmers prepare meat, fish, smoked products, dairy products and much more on the eve of the agricultural fair so that everything is as fresh as possible. Let me remind you that the next agricultural fair in the Crimean capital can be visited on Saturday — 14 November , — added the Minister of Agriculture economy of Crimea.

Within the framework of the national project, novice farmers of the Krasnogvardeisky district received grants