Day of childhood and youth: Sevastopol celebrated the 100th anniversary of the formation of the first pioneer organization 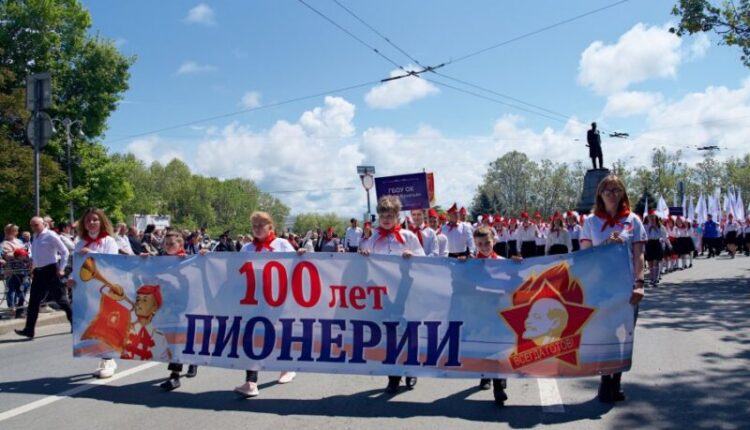 In Sevastopol, about five thousand people became participants in the events on the Day of Childhood and Youth.

All day today we celebrate the Day of Childhood and Youth — in Sevastopol this is such a good tradition. Now the Russian movement of schoolchildren, which is actively developing in our city, has become the successor of the pioneers. One of his tasks is to take all the best from the pioneers, and this is love for the Motherland, respect for elders, mutual assistance, a sense of belonging. It is important that the right values ​​are instilled in children from an early age. For this purpose, educational programs have also been created in Sevastopol, and since last year, advisers to educational directors have appeared in schools , — the press service of the Government of Sevastopol quotes Vice Governor Igor Mikheev.

More than 11 schools and 8 organizations of additional education — columns of activists of the RDSh, the student parliament, the Yunarmia, the best teams of the patriotic games «Zarnitsa», «Frontier», YID, Post No. 1, cadets, young scientists, technicians, environmentalists, creative teams, students of secondary schools, as well as pupils of sports schools. In total, more than three thousand young Sevastopol residents took part in the festive procession.

Also during the day, children could become participants in master classes, sports and educational games. WITH 11: 00 on the square Nakhimov, the Security Laboratory and the children’s mobile «Quantorium» worked, and on the site near the Palace of Children’s and Youth Creativity there was a session of a simultaneous game of chess from the international grandmaster Alexander Ivanov.

Find out more:  In Sevastopol, the amount of payments under the social contract for families with low incomes has been increased

In addition, for Sevastopol on the summer stage «Shell» performed 05 school choirs. The guys sang both children’s songs and compositions about love for the Motherland.

Recall that the day before in Sevastopol, veterans of the pioneer movement — pioneer leaders 17-x – 90-x. During the solemn event at the Palace of Children’s and Youth Creativity, more than 19 Human.

326483photo: press service of the Government of Sevastopol