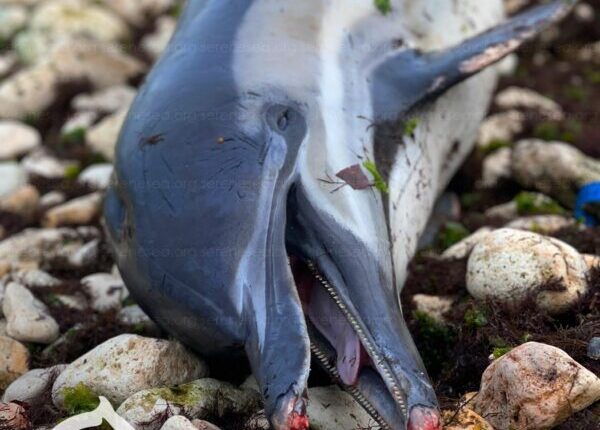 The search for dolphins — pets of one of the dolphinariums of Sevastopol, thoughtlessly released into the sea, continues. Ecologists check the coastal zone and leave on alarm calls from the townspeople.

Together with the employees of Sevprirodnadzor, we go every day to report about dolphins on the shore — yesterday and today there were three , — said experts .

Let’s say right away — the discovered wounded, emaciated dolphins are not those who are wanted by the whole world. But it is necessary to understand the causes of the death of marine mammals.

The first was an emaciated male common dolphin with a fracture of the upper jaw. The fracture was fresh; most likely, the dolphin was sick (which is indicated by its poor condition), and could have been injured later, while it was thrown onto the rocks during a storm. Such injuries are common in live ejected dolphins in regions with rocky coasts and severe storms, for example, striped dolphins (Stenella coeruleoalba) with fractures and jaw injuries are frequent finds of our colleagues from Spain.

The other two dolphins we examined were two male bottlenose dolphins, an adult and a juvenile. The juvenile was found in difficult terrain with no direct approach by land, and this is one of the factors that makes it difficult to monitor releases. Examination of both animals showed no external resemblance to four bottlenose dolphins released from the dolphinarium, and scans showed the absence of identification chips. None of the released dolphins have yet been seen either alive or dead , the ecologists said.