For unwillingness to pay alimony to a minor daughter, a resident of Sudak received 13 days of administrative arrest 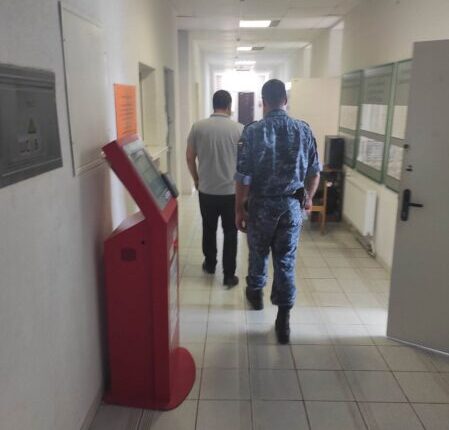 In the department of bailiffs for the city of Sudak, the Federal Bailiff Service of Russia for the Republic of Crimea, an enforcement proceeding is underway to recover funds from citizen G. for the maintenance of a minor daughter.

Since December the debtor has been hiding from the bailiffs and has not paid alimony for the maintenance of his child, as a result of which he has accumulated debt for the total amount 300 thousand rubles. However, the debtor failed to escape liability. As part of the search activities, at the beginning of September 2022 of the year, employees of the bailiff department for the city of Sudak of the Federal Bailiff Service of Russia for the Republic of Crimea established the location of the debtor and delivered him to the department. For refusal to pay maintenance debt and failure to fulfill obligations to his daughter, the bailiff drew up a protocol against the debtor under part 1 of article 5. 35. 1 of the Code of Administrative Offenses of the Russian Federation , — reported in the press service of the department.

By the decision of the magistrate, the guilt of citizen G. was established and he was sentenced to the form of days of administrative arrest. The UFSSP of Russia in the Republic of Crimea calls on citizens to be responsible and take care of their children!

Source: press service of the UFSSP of Russia in the Republic Crimea

Echo of war. In the Leninsky district of Crimea, pyrotechnicians of the Ministry of Emergency Situations neutralized several dozen ammunition

On the Day of the Financier, the Bank of Russia organized an exhibition in the lobby of the KZD station

By the way, about the children of the «celestials». The son of Sergei…

«Hot line» with Georgy Muradov. When can Crimeans communicate with the…

He owed 2.5 million rubles. Bailiffs in the Nizhnegorsk region of Crimea dealt with…

Service for «professional» collectors: you can enter information into the…

In Sevastopol, security at polling stations on the Single Election Day was provided…