He owed 2.5 million rubles. Bailiffs in the Nizhnegorsk region of Crimea dealt with a businessman 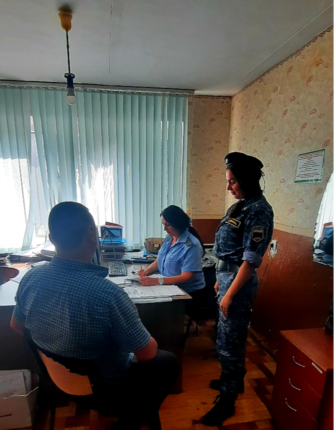 The UFSPP of Russia for the Republic of Crimea notes that citizen M. opened his own business in the Nizhnegorsk region and took out a loan to run it. But he did not return …

In connection with the non-repayment of borrowed funds, a court decision was made on the joint and several recovery from citizen M. and the enterprise opened by him of a debt in the amount of more than 2.5 million rubles. The bailiff-executor of the bailiff department for the Nizhnegorsky district of the Federal Bailiff Service of Russia for the Republic of Crimea initiated enforcement proceedings, which notified the debtor and set a deadline for him to voluntarily pay the debt. However, citizen M. chose the tactic of ignoring the lawful demands of the bailiff and voluntarily did not pay off the debt within the prescribed period, as a result of which a decision was made to collect a performance fee in the amount of 174 thousand 484 ruble. Also, the debtor decided to hide from representatives of the enforcement authorities and the bailiffs repeatedly carried out exits to the addresses indicated in the executive documents did not bring results — it was not possible to establish the debtor , — the details of the case were announced in the press service of the department.

Due to the debtor’s long-term failure to comply with the requirements contained in the executive document, in order to establish the location

After taking additional measures to establish the location of the debtor and his property, which can be foreclosed on, employees of the Federal Bailiff Service of Russia in the Republic of Crimea found the debtor-entrepreneur and took away his explanations on the fact of non-fulfillment of debt obligations, and also conducted explanatory conversations and handed warnings of administrative and criminal liability. As a result of the measures taken by the bailiffs, citizen M. paid the existing debts and the performance fee in full.

in the bailiff department at the place of residence, on the official website of the bailiff service in the «Data Bank of Enforcement Proceedings» section, as well as using the «FSSP» mobile application. This application allows not only to receive information about the presence of debts in enforcement proceedings, but also to subscribe to receive this information. By subscribing, you will receive notifications of a new debt or changes in an existing one.

photo: press service of the UFSSP of Russia in the Republic of Crimea

Give money to scammers? Yes, it's easier than ever! How four residents of Sevastopol «talked» to swindlers

In Crimea, for 9 months, the development of budget funds amounted to 98.6% of planned…

Crimean Ministry of Finance transferred 197.3 million rubles to the Depositor…

Goskomregister of the Republic of Crimea: sowing fields without formalized land…