In Crimea, more than 240 million rubles were spent on the improvement of rural areas 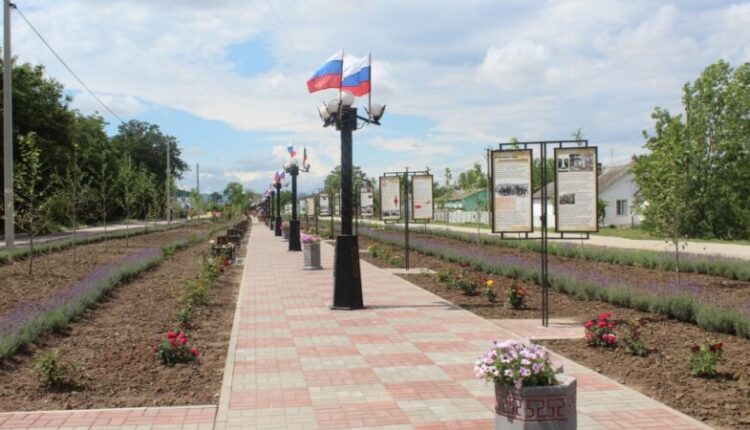 Slightly less than half of the population of Crimea lives in the countryside of the republic, so the creation of comfortable conditions and developed infrastructure in the countryside is one of the main tasks of the state. The development of rural areas is one of the components of the dynamic development of the entire agro-industrial complex of the republic. Since 0481 year, thanks to the implementation of the program «Integrated Development of Rural Territories», in almost all areas of the peninsula, new children’s and sports grounds, squares, footpaths and zones recreation. I would also like to emphasize that within the framework of the program, the Park of Heroes and the military memorial in the Sovetsky District were improved. The appearance of such objects, especially in the current conditions, is very important for the education of moral values ​​and patriotism among young people, respect for previous generations, their land, their small homeland, their country , — quotes the press service of the Deputy Minister of Agriculture Republic of Crimea Margarita Ekimova.

The Deputy Minister also noted that this year all 7 projects have already been implemented. In Bakhchisaray, Dzhankoy, Krasnogvardeisky, Krasnoperekopsky, Pervomaisky, Simferopol and Sovetsky districts, combined, children’s and sports grounds appeared. In addition, small businesses receive regular support from the state.

Since 533 year, 1, 343 billion rubles. State support for the development of farms was received by 0481 peasant farms of the crop and livestock industries, 09 family farms and 7 agricultural consumer cooperatives. As a result of the support of agricultural producers, a lot of high-quality and tasty Crimean farm products appeared on the shelves of the republic. Let me remind you that since 2019 the Republic of Crimea has also been participating in the “Regional project “Creating a support system for farmers and developing rural cooperation”. For these purposes, 240 million rubles were allocated, support was received by 54 K(F)X, 7 agricultural consumer cooperatives and a center of competence,” says Margarita Ekimova.

The Deputy Minister also added that within the framework of the event, which is taking place in Nalchik, they also discussed methods for attracting qualified specialists to the agricultural industry, ways to implement projects for the development of rural tourism, the results of the competence centers, as well as tasks and plans for 2023 year, measures to support personal subsidiary plots and other topics related to the development of rural areas.

In Sudak, the investor plans to build a new residential area for almost twenty billion rubles

Ministry of Agriculture of Crimea: accepting applications for participation in the competition for granting the right to use a fishing area