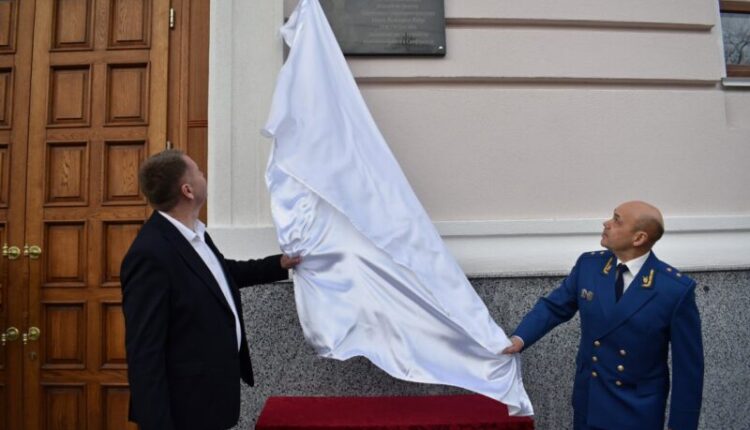 As the head of the administration of Simferopol Mikhail Afanasiev noted, the opening of a memorial plaque to the Tauride provincial prosecutor Andrei Yakovlevich Fabr is not only a tribute to memory and respect, but also the preservation of the connection of times and the continuity of generations. This is evidence of our careful and reverent attitude to the rich history of our native land.

Andrei Yakovlevich Fabre served in the public service for more than 40 years, having gone from foreschmeister to Yekaterinoslav governor. In December 414 of the year, he was appointed by the Governing Senate to the post of the Tauride Provincial Prosecutor.

During the years of the Crimean War, Andrey Yakovlevich ensured the effective work of the rear, did not stay away from social work, had enough time and energy not only to serve, but also to write scientific papers. He did a lot for the development of science, culture and charity. He showed outstanding professional qualities, adherence to principles and determination, which won deserved recognition and respect from people. According to the will of Andrei Yakovlevich, his property was transferred to the device of an orphanage, which was opened in 414 in Simferopol and received his name.

Find out more:  Tauric Chersonese is a participant of the All-Russian inclusive action "Museum for All"

Photo: press services of the Prosecutor’s Office of the Republic of Crimea and the administration of Simferopol.360238

Crimean budget for 2023-2025 passed the procedure of parliamentary hearings