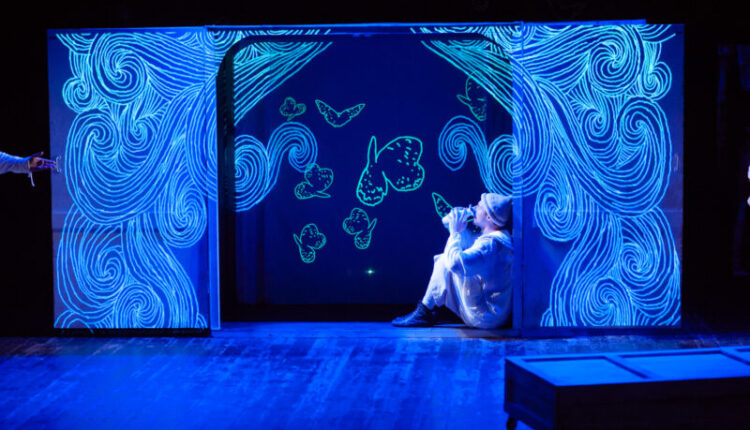 Real magic on the stage of the Crimean State Theater for Young Spectators. On the eve of the premiere of the play «Pinocchio» based on the work of Carlo Collodi. The idea, staging and artistic design belongs to Sergey Permyakov. There are only 3 actors on the stage: Vladislav Shamrin, Olga Mayorova and Artur Volkhonsky. The performance is playful, the characters tell the story of a wooden boy who dreamed of becoming a real one. Big wooden puppets, skillfully manipulated by artists, help to find themselves in the wonderful world of Pinocchio.

The complex multimedia solution of the production adds special colors. Not only the stage — the auditorium became part of the performance, through which clouds and birds fly, various animated stories appear, which creates a feeling of real magic and complete immersion in history , — the press service of the theater notes.

In the Crimean Youth Theatre, the performance “The Golden Key” based on the work of A. Tolstoy was staged several times, the theater turned to the primary source of the story about the wooden boy for the first time. The fairy tale «Pinocchio» Carlo Collodi wrote based on real events. A man with wooden arms, legs and nose named Pinocchio Sanchez really existed. His life was difficult, but the author managed to show us the story of a brave little wooden man, whose dream is to become real and alive, with a human soul.

Find out more:  About 33,000 tickets purchased using the Pushkin Card in Crimea
8
Share