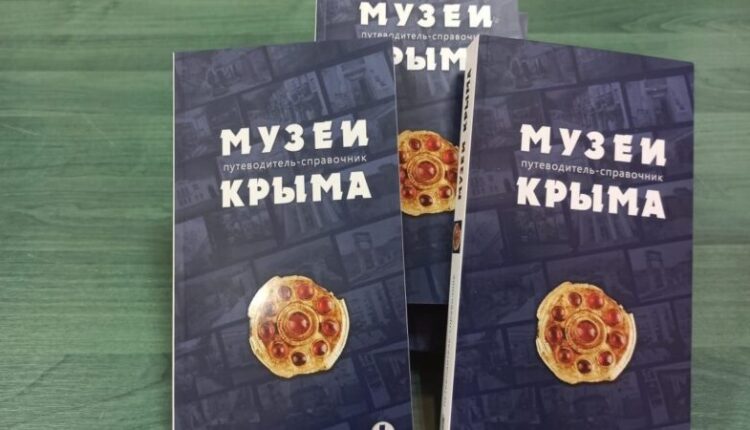 copies of the first edition of the publication will be sent to republican libraries, museums, educational and social institutions, and in the future it is planned to carry out an additional issue of a guidebook for free sale in trading organizations. The authors and compilers of the guidebook are: Honorary Chairman of the Association of Reserves and Museums of Crimea, Honored Worker of Culture of Ukraine and Crimea Vyacheslav Peresunko, Deputy Director of the Central Museum of Taurida, Honored Worker of Culture of the Republic of Crimea Alexei Zubarev , — the press service of the Ministry of Culture notes RK.

The catalog contains information about 162 museums and objects of the museum display, which are part of the Crimean museum-reserves. Information is provided not only about the largest and most famous museums, but also about small ones that are very popular among Crimeans and tourists. The volume of the publication is 512 pages of text, graphics and illustrations. The information part contains the profile of the museum, address, opening hours, the head of the museum, GPS coordinates, official websites and pages in social networks.

The event also opened a tablet exhibition «Association of Museums and Reserves of Crimea 30 years: history in documents and photographs.» For the first time, archival documentary material is presented that tells about the main stages of the association’s activities and its role in the development of the Crimean museum sphere.

REFERENCE. The previous edition of the guide-reference book «Museums of Crimea» was presented in 2009 year and has become a bibliographic rarity by now. Since then, the network of Crimean museum institutions has expanded, in connection with this, it became necessary to supplement, reissue the catalog.

The new guide-reference book includes information about the state (federal, regional) and municipal museums of Crimea, their separate structural subdivisions that carry out museum exhibitions; private museums; departmental museums; museum-type formations operating at institutions, including universities, enterprises, public organizations; museumified objects of cultural heritage located on the territory of the Republic of Crimea and the federal city of Sevastopol.

Medical outpatient clinic in the village. Krymka Dzhankoy district is being built according to the schedule