On January 7, a traditional Christmas procession will take place in Sevastopol 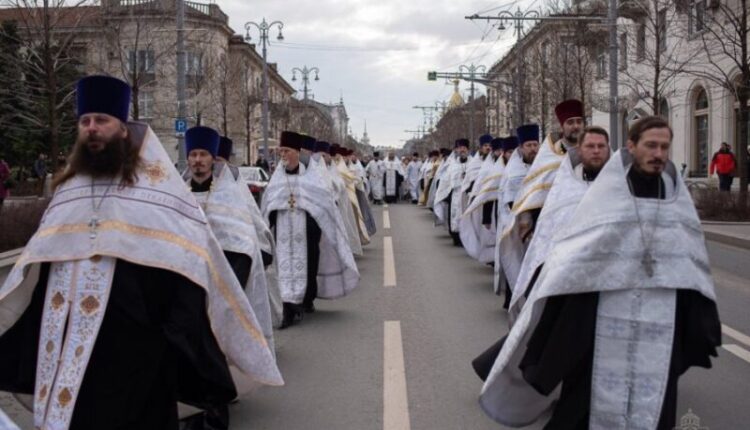 The believers will pass from the Pokrovsky Cathedral to the Grafskaya pier.

With the blessing of Metropolitan Lazar of Simferopol and Crimea, on January 7, on the feast of the Nativity of Christ, a traditional Christmas procession from the Intercession Cathedral to the Grafskaya Pier will be held in Sevastopol, where a thanksgiving service will be performed.

As reported in the Sevastopol deanery, the beginning of the movement of the procession in : 30. The beginning of the prayer service is at 12: Route: Holy Intercession Cathedral (B. Morskaya St., d. 36) — st. Bolshaya Morskaya — pl. Lazarev — Nakhimov Ave. — Sq. Nakhimov — a platform near the colonnade of the Grafskaya pier.

On the North side of the city on the Christmas holiday will also take place (from 11: 30 to : 00) religious procession: from the St. Nicholas Church at the Fraternal Cemetery, on the street. Bogdanov and Chelyuskintsev to the site in front of the cinema «Sailor», where a prayer service will also be held.

The Department of Transport and Development of Road Transport Infrastructure of Sevastopol informs that in connection with the religious processions along the routes from : 30 to 13: 00 and from 11: 30 to 12: respectively, a temporary restriction on the movement of vehicles will be introduced. The city authorities urge you to take this information into account when planning routes.

Find out more:  53 patients with a confirmed diagnosis of coronavirus continue to be treated in Sevastopol
Share