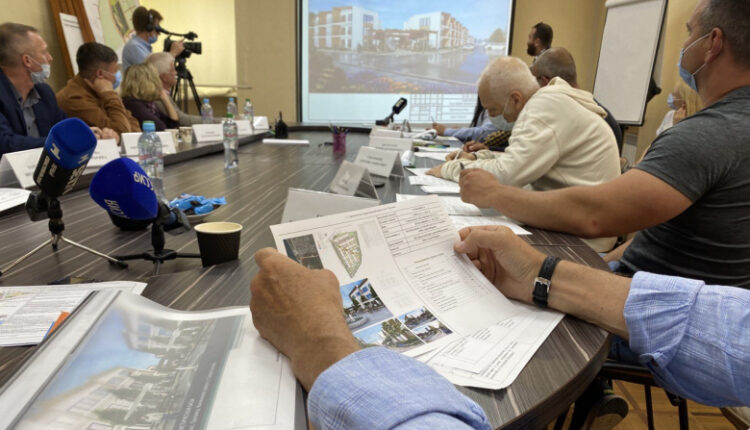 A meeting of the Architectural and Art Council chaired by Deputy Governor Nikolai Gordyushin was held in Sevastopol. One of the considered projects is the construction of the ward building of City Hospital No. 4 on the North Side. The customer is the «Unified Directorate of Capital Construction». The project was presented by the chief architect of the Smartstroy company Nikolai Novik. He said that the medical institution is an independent hospital and will be located on Chelyuskintsev Street, 250 m from the sea coast.

The total building area we have is 6 530 sq. m, the area of ​​the building itself is 5 305 sq. m. Also on the site, we provided 50% landscaping coefficient — the area of ​​landscaping will be more than 17 000 sq. m. As for the height of the building, there will be eight floors in total, including the basement and technical floor for the location of equipment , — quotes the press service of the Government of Sevastopol Nikolai Novik.

Outwardly, we tried to make the facade light, approaching the natural materials of the region. Doctors asked us to reduce the volume of glazing — we met halfway, — notes the chief architect.

Members of the architectural and artistic council supported the project and asked to pay special attention to the visualization of the hospital fences, as well as landscaping and a recreation area.

The location for the medical institution is chosen quite correctly, the facility is modern, the territory is combined with external facilities. Of course, this is primarily a hospital, but without this, it is also impossible. The work is professional,” says Deputy Governor Nikolai Gordyushin.

In total, members of the architectural and artistic council considered seven projects today. Among them is also the construction of a house for orphans in Inkerman, an apartment building on the street. Chastnik-st. Shchorsa, , residential buildings on the street. Tokarev, a tourist base in Orlovka, a kindergarten for 60 places in Orlovka, as well as landscaping on Kalicha Street, 21.

Find out more:  Today in Sevastopol - on Primorsky Boulevard - a requiem concert
2
Share

Crimean budget expenditures exceeded the figure for 2021 by more than 2.5 billion rubles