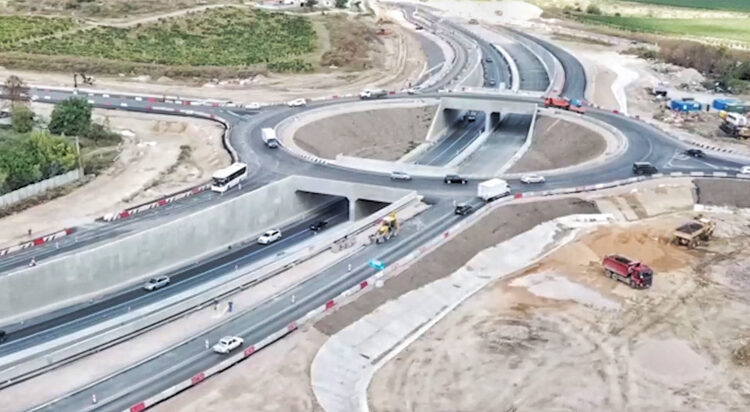 In Sevastopol, the construction of a transport interchange on the Yalta Ring continues. The road workers have already completed two stages of work.

Let me remind you that the first stage was the opening of traffic from the Tavrida highway to Vtoroy Oborona Street and the exit from Vtoroy Oborona Street to Sapungorskaya Street, the second stage opened traffic along the ring along two overpasses. Movement from Sevastopol to Yalta and from Yalta to Sevastopol, as well as from Vtoroi Oborony Street to Yalta, is carried out along the new ring. Open and through traffic from Sevastopol to Simferopol and back , — Director of the Department of Transport and Road Infrastructure Pavel Ieno.

In October, it is planned to complete the third stage of work — traffic will open from the new ring to Simferopol: from Yalta and Vtoraya Oborona Street without traffic along temporary detours. The exit is located on the site of the former SRC petrol station.

After the completion of the third stage, the contractor «VAD» will begin to dismantle the temporary bypasses that were equipped for the construction period.

Recall that the entire range of works on the Yalta Ring will be completed in 2023 year. To date, construction is ahead of schedule.

This is how the Yalta ring looks like and the map of how to get around it now:

Find out more:  Safety in Sevastopol schools - what they say in the City Government
2
Share

In Sevastopol, about 2.7 thousand retired parents receive an increased pension for student children