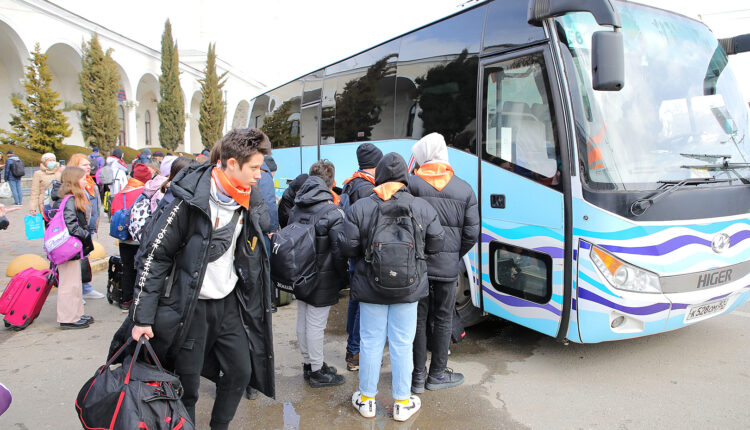 The theme of the third shift «Pole of Friendship — Artek», which started at the International Children’s Center, is devoted to art. The participants of the shift will be 750 schoolchildren from different regions of Russia.

In the year of the cultural heritage of the peoples of Russia, we hold a shift dedicated to art. The creative events that we have prepared for the children contribute to the development of fantasy and imagination in children, the ability to express their thoughts, form an interest in studying the characteristics of the culture of various peoples of our country. I am sure that deepening into the study of contemporary art will allow the children to think and rethink what they see, — the press service of the ICC quotes Artek director Konstantin Fedorenko.

The director of the International Children’s Center emphasized that the Day of United Actions will be an important event of the shift — Artek, together with the whole country, will celebrate the reunification of Crimea with Russia. Artek residents will take part in the “Magic Palette of Crimea” festive program, get acquainted with the traditions and culture of different peoples living on the peninsula.

The central place in the shift program is occupied by the “Artek Week in Artek”, which will be held from 16 on 27 March, on the eve of the Day of Cultural Workers and International Theater Day. Every day, schoolchildren will discover a separate world of art: dance, music, painting and crafts.

Students of the 3rd shift «Pole of Friendship — Artek» will become participants in the art and educational cycle «Theater Workshops», which will take place in the format of historical and cognitive-game master classes under the guidance of professional mentors. The organizers are confident that the history of theatrical art, knowledge of what modern theater is like and what contribution Russian theater masters have made to the development of world theatrical art can impress the imagination of the most inquisitive and inquisitive minds of Artek residents.

Theater teachers, props, make-up artists, choreographers and stuntmen will teach the children creative lessons that will help them present their own theatrical productions on the Artek stage.

24 March in «Artek» will celebrate the birthday theater studio, which is 4 years old. During the existence of the studio, about 2000 thousands of children have studied in it, and the theatrical collaboration of the employees of the ICC «Artek» has become a winner at the regional and Russian levels.

Among the important shift events:

31493524 March – Memorial Day of Yu.A. Gagarin: in the children’s camp «Khrustalny», which bears his name, there will be a reconstruction quest dedicated to the astronaut: «He flew, overtaking eternity.»

Artek residents will also take part in events dedicated to anniversary books. Their anniversaries will be celebrated in March: «Woe from Wit» A.S. Griboyedov, «Prisoner of the Caucasus» A.N. Tolstoy, “Dead Souls” and “Evenings on a Farm near Dikanka” by N.V. Gogol, «Spring Waters» by I.S. Turgenev.

The guests of the shift will be:

Find out more:  Evpatoria's beaches are ready for the summer swimming season
360
Share

Arthur hurried? In Yalta, they decided where they would send the Soviet tiles dismantled from Sovetskaya Square …

Evpatoria's beaches are ready for the summer swimming season

Plane, train or…? What Russian travelers will go on vacation