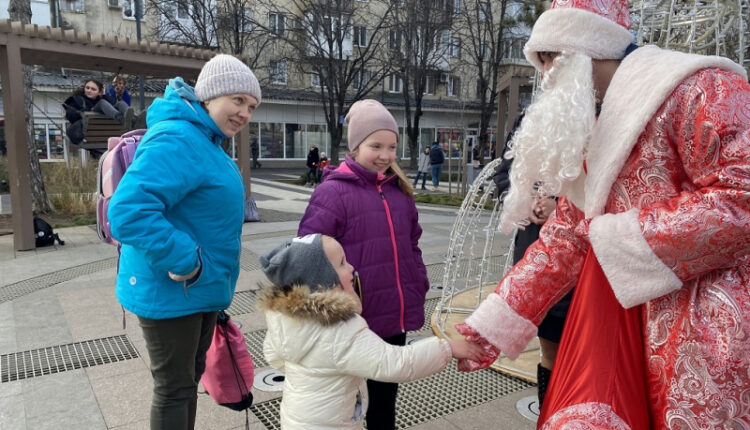 Employees of the Department of the Ministry of Internal Affairs of Russia for the city of Simferopol, together with the Public Council, joined the all-Russian action «Police Santa Claus». Police officers and public figures dressed as Santa Claus congratulated the boys and girls. In addition to New Year’s presents, children and teenagers received useful knowledge about the rules of personal and public safety, as well as the importance of safe behavior during the winter holidays.

For us, this is a real holiday — to give children smiles and unforgettable emotions , — said Dmitry Polyakov, Chairman of the Public Council.

At the end of the action, the policeman Santa Claus wished the children good health, fulfillment of their cherished desires and good mood.

The guys thanked the police Santa Claus for the gifts, and also promised to behave well in the New Year.

Another storm warning in the Crimea: strong gusty winds expected