Repair of the Orlovka-Polyushko highway has begun 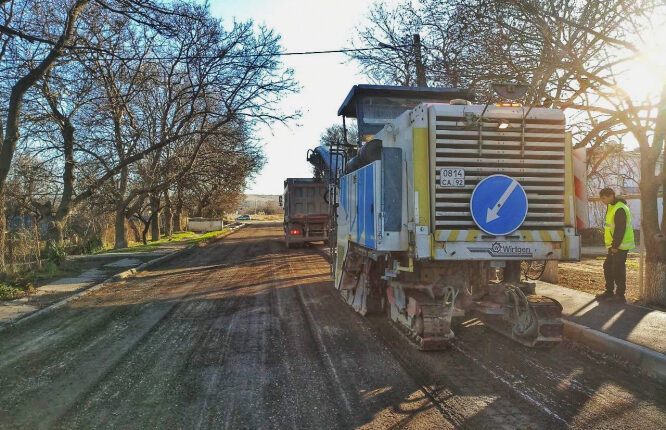 As part of the implementation of the national project «Safe High-Quality Roads», the repair of the Orlovka-Polyushko highway began. Work on the section from Kachinsky Highway to Evpatoriyskaya Street is being carried out by the contracting organization Dorozhnik. The length of the object is about meters.

As part of the repair, subsidence will be eliminated, a leveling and top layer of asphalt concrete pavement will be installed. The contractor has already completed the milling of the old coating by 90%. The repair began this month, the work should be completed before August this year, but the contractor plans to complete the work in March under favorable weather conditions, — the press service of the Government of Sevastopol quotes the deputy director of the directorate for the development of road transport infrastructure of Alexander Shiryaev.

Recall that all objects of the national project are plotted on the , where detailed information is available on all objects of the program of the current year, as well as photos of the results of road works in previous years, reflecting positive changes on the roads of Sevastopol.

Officially: in Sevastopol, the implementation of the state program last year was the best for the entire existence

Integration of the «Stone Grave» was discussed in Tauric Chersonese