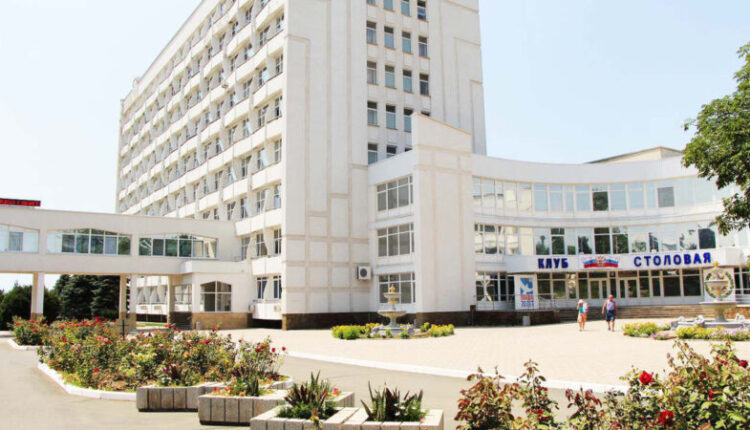 Saki military clinical sanatorium named after N.I. Pirogov became the best in Russia in the field of service quality. As noted in the Crimean Ministry of Resorts, the CIS Prize for achievements in the field of product and service quality is awarded once every two years on a competitive basis to organizations of the Commonwealth member states. This is an award «for achieving significant results in the field of product and service quality, ensuring its safety, as well as the introduction of highly effective quality management methods.» Since 81 the functions of the secretariat of the international competition have been entrusted to Roskachestvo.

From the Russian Federation, the laureate 81 of the year was recognized by the Federal State Budgetary Institution “Saki Military Clinical Sanatorium named after V.I. N.I. Pirogov» of the Ministry of Defense of Russia.

As noted by the head of the Saki military clinical sanatorium. N.I. Pirogova of the Ministry of Defense of Russia Igor Dovgan, obtaining the status of an award winner is a high assessment of the activities of the entire staff of the sanatorium and an additional incentive for further development and improvement of activities, brand support and the formation of a positive image of the sanatorium.

In addition, obtaining the status of a laureate of the award is the promotion of not only the sanatorium, but also the entire region — the Republic of Crimea, and sanatorium treatment in general, as a factor in maintaining the health of citizens , — said Dovgan.

The Ministry of Resorts of the Republic of Crimea added: the medical base and the scientific school of the Crimean sanatoriums are the resort potential and the pride of the Republic.

Of course, we are grateful to all the workers of the sanatorium and resort industry, who not only preserved, but also developed and promoted all the achievements of world-famous Crimean scientists, created a modern high-quality service , the minister noted resorts and tourism of the Republic of Crimea Vadim Volchenko.

The award ceremony was held in Tashkent. Organizations from Belarus, Uzbekistan, Kazakhstan, Tajikistan and Kyrgyzstan also became the winners of the competition.

Photo: of the sanatorium.

Museum-Reserve «Sudak fortress» invites you to an immersive twilight tour

In Crimea, the court will consider the case of robbery on an 84-year-old resident of Simferopol