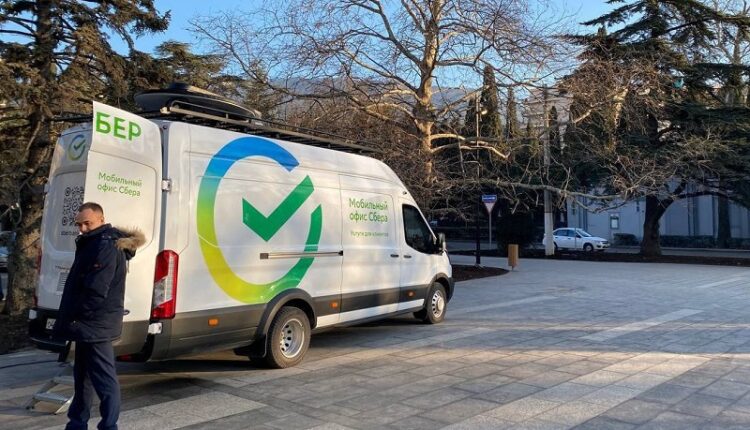 So far these are “mobile ATMs” — they are installed in bank machines.

Sberbank installed the first ATMs on the Crimean peninsula — in Yalta, Simferopol, Sevastopol, as well as in the village of Opolznevoe, the bank’s press service reported.

The addresses of mobile offices have been approved, they will work there for now , — the press service explained.

In the village of Opolznevoye (on the territory of the Mriya Resort ) ordinary ATMs were installed, added to Sberbank.

2023Photo: Telegram and the press service of Sberbank.