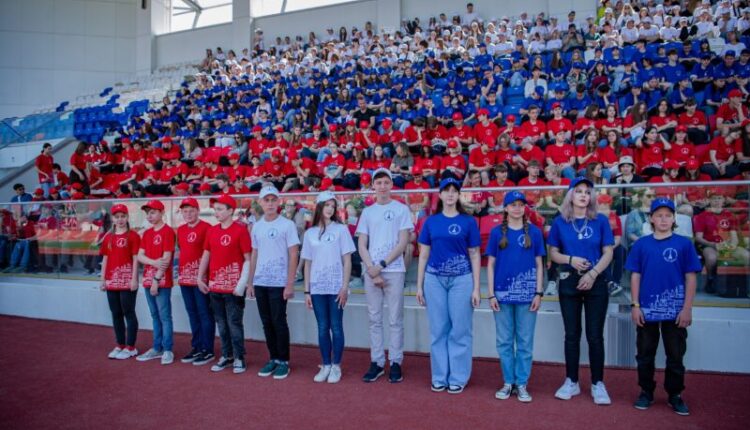 In Sevastopol on June 1 — in honor of Children’s Day — on the territory of the stadium 200 — anniversary of Sevastopol, the opening of the Third Labor Semester for participants of the Governor’s School Labor Teams took place. As part of the event, the roll call of the squads took place, the guys took part in interactive activities, and the creative teams of the city presented their numbers. Vouchers during the working season were handed over to schoolchildren by the Governor of the city of Sevastopol Mikhail Razvozhaev.

I congratulate all the guys on Children’s Day in your person. Childhood passes quickly. So enjoy every day and take care of your parents. You had the honor to be born and live in the Hero City of Sevastopol, and I know that each of you is proud of this , — the press service of the Government of Sevastopol quotes the governor.

According to the results 65 of educational institutions of secondary and secondary vocational education of the hero city, they will go to the «working season».

About two thousand schoolchildren will be officially employed at the regional facilities of Sevastopol. The guys will work in schools, technical schools, tourist sites, etc.

As part of the labor activity of the detachments, it is planned to clean the territories of public gardens and parks, the current repair of landscaping elements, playgrounds, the maintenance of green spaces, the whitewashing and painting of borders, the cleaning of the territory of the routes of the Great Sevastopol Trail, assistance in questioning, advising tourists in the tourist information center. center.

Find out more:  Acceptance of applications for the issuance of certificates for housing for orphans began in Sevastopol

During the summer period, schoolchildren will be supervised by students who are members of the All-Russian Youth Public Organization «Russian Student Teams» in Sevastopol.

In Sevastopol, employees of the Russian Guard detained a wanted thief-recidivist