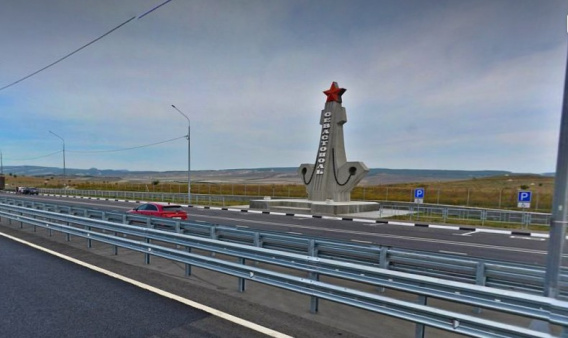 The City Planning Committee of the Legislative Assembly of Sevastopol considered an appeal from a public movement to install an entrance sign «Sevastopol» at the main entrance to the city from the side of the Republic of Crimea.

The author proposes to install the Sevastopol entrance sign at the beginning of the seventh section of the Tavrida highway, since such a sign is not only informational in nature, but is also an aesthetically attractive element that forms the first impression of the city for guests , — quotes Vyacheslav Gorelov, Chairman of the Committee on Urban Development and Land Issues of the Legislative Assembly of Sevastopol.

He suggested finding out whether the existing entrance sign «Sevastopol» was installed on the border between the two regions. And if not, organize an open architectural competition to develop the concept of an entrance sign to Sevastopol near the Tavrida highway.

Recall that on the outskirts of Sevastopol from Yalta and on the Mekenzievy mountains, concrete «stars» with the inscription «Sevastopol» were installed, and under Verkhnesadov — a concrete anchor with the same inscription. It is from this anchor that the seventh stage of the Tavrida route begins.

Find out more:  Today in Sevastopol - on Primorsky Boulevard - a requiem concert
3
Share