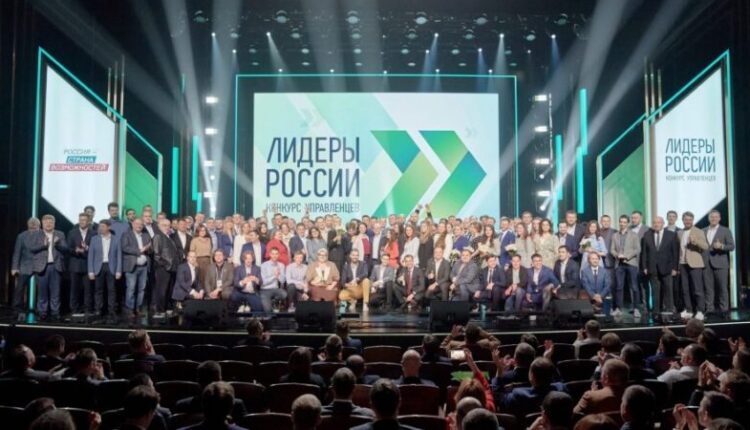 Moscow hosted the superfinal of the fourth season of the Leaders of Russia competition for managers. This is a project of the presidential platform «Russia is a country of opportunities». The winners were 48 people from 32 regions Russia and 3 foreign countries. Among them is Ivan Kusov, Vice-Rector for Strategic Communications of the Sevastopol State University. In total, 48 managers from 32 regions of Russia and 6 foreign countries: Belarus, Kazakhstan, Poland, Estonia, France and UAE.

I want to congratulate all the superfinalists — each of you has achieved success! I am sure that you have gained a lot in the very process of participating in the competition — you have learned your strengths, felt the areas of development, and made new friends. The experts and the Supervisory Board had a very heated discussion, because the participants share hundredths of points. Of course, those who are among the winners will experience an incredible sense of pride and joy, but I want to ask you not to be conceited and not to stop. And for those who don’t get on this stage, don’t give up and keep moving forward. The competition is coming to an end, but for the participants of the «Leaders of Russia» everything is just beginning! , — the press service of the Government of Sevastopol quotes the First Deputy Head of the Administration of the President of the Russian Federation, Chairman of the Supervisory Board of the competition «Leaders of Russia» Sergey Kiriyenko.

Find out more:  In Sevastopol, the amount of payments under the social contract for families with low incomes has been increased

I congratulate Ivan Sergeevich Kusov on his victory in the fourth season of the Leaders of Russia competition, the locomotive project of the presidential platform. The winners of the competition receive mentors from among experienced managers, and those who want to choose civil service as their vocation have the opportunity to get into the next intake of the Higher School of Public Administration — this is the personnel reserve of our President Vladimir Vladimirovich Putin. Ivan Kusov proved that if there is a goal, there are no obstacles,” said Sevastopol Governor Mikhail Razvozhaev.

All participants in the superfinal will receive an educational grant in the amount of 1 million rubles, and the winners will have the opportunity to work with the country’s outstanding managers, including the Prime Minister of the Russian Federation and his deputies, the Chairman of the Federation Council, the head and deputy head of the Administration of the President of the Russian Federation, federal ministers, governors, as well as heads of large companies and public organizations, university rectors.

It should be reminded that the autonomous non-profit organization «Russia — the Land of Opportunities» was created on the initiative of the President of the Russian Federation Vladimir Putin. The key goals are to create conditions for increasing social mobility, ensuring personal and professional self-realization of citizens, as well as establishing effective social mobility. Over four years, , 5 million people from all regions of Russia and 56 countries of the world, and partners — more than 1 500 companies, universities, government and public organizations.