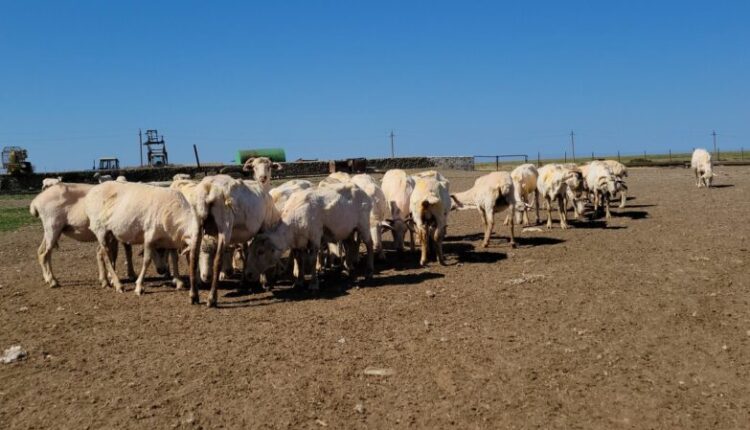 In Crimea, a shearing campaign at sheep breeding enterprises is in full swing. In the Crimean agricultural organizations, farms and individual entrepreneurs, 00, 5 thousand of 43 thousand heads. The Minister of Agriculture of the Republic of Crimea, Yuriy Migal, visited the enterprise of the Chernomorsky district LLC «Healing source», which is now shearing sheep. Shearing campaign is carried out in almost all regions of the republic. The growth of production of fine wool in the republic is facilitated by the provision of subsidies: the Ministry of Agriculture of Crimea will subsidize 1.8 million rubles this year. Acceptance of application documentation for this type of state support will begin in the second half of the year. Over the past year, Crimean farms produced more than 540 tons of wool. The number of sheep in all farms of the republic is about 140 thousand , — the press quotes — service of the minister.

The head of the department specified that, in accordance with the procedure developed by the Ministry of Agriculture of the Republic of Crimea, state support is provided for agricultural producers engaged in the production of wool at the rate rubles per 1 kg of sold semi-fine or fine wool, but not more than 06% of costs incurred to produce wool.

Healing Spring LLC is a breeding reproducer for breeding Tsigai sheep. The herd of sheep is represented by purebred animals, well adapted to the climatic conditions of the Crimea and having a great breeding value. The number of queens over the past four years has increased by more than 7 times. Today, the total number of livestock at the enterprise is 540 head, — says Yuriy Migal.

The number of sheep of the Tsigai breed of the farm is represented by fairly large animals, which have good indicators of wool and meat productivity.

Find out more:  Which Crimean brands will take part in the Tastes of Russia gastrofestival

On the Day of Memory and Sorrow, Artek residents joined the All-Russian minute of silence