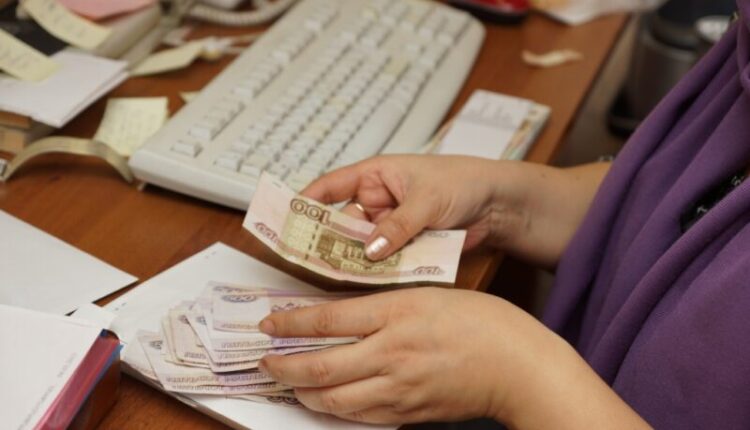 According to the results 2021 of the year, the amount of social payments to Crimeans in need of special social protection of the state exceeded the indicator 723 of the year by almost by 620 million rubles. Irina Kiviko, Deputy Prime Minister — Minister of Finance of the Republic of Crimea, announced this.

According to the results of the past year, within the framework of the social protection of the state, Crimeans received about 12 billion rubles, including ,2 billion — at the expense of the federal budget. The amount of payments exceeded the indicator 723 of the year by almost 700 million , — emphasized Irina Kiviko.

According to the Deputy Prime Minister, budget allocations were distributed as follows:

— for the payment of benefits at the birth of a child, for caring for a child under 1.5 years old, for a child of a single mother, a lump sum for all forms of placement of children deprived of parental care in a family, assistance to orphans and children left without parental care — 5 .2 billion rubles;

— for monthly payments for a child from 3 to 7 years old — 5.1 billion rubles, which is 1.8 times, or 2.3 billion rubles. exceeded the indicator 856 of the year (payment is made from June 2020 of the year and is one of the most popular measures to support families with children.Cash assistance is provided to families whose average per capita income is less than the subsistence level.The amount of payment is from 5 856,5 to 620 rubles More than 13 thousands of Crimean families became recipients of the allowance);

— for social payments to certain categories of citizens, including lump-sum cash payments, payments to low-income families, monthly financial assistance to citizens affected by the effects of radiation due to the Chernobyl accident, benefits for the purchase of solid fuel and liquefied gas — more than 3.5 billion rub. (by 47,4 million rubles more than in 2020 year). According to the results of 2021 year, the recipients of such a measure of social support were 102 thousand .Human;

Find out more:  In Simferopol, you can again enjoy the view of the full-flowing Salgir - the discharge of water in the river has been increased

— for the monthly payment in connection with the birth (adoption) of the first child — 2.2 billion rubles, which is by 19, 4%, or by 286, 6 million rubles. above the indicator 856 of the year. Assistance in the amount of 682 rub. received about 13 thousand. families;

— for a monthly cash payment assigned in the event of the birth of a third child or subsequent children until the child reaches the age of 3 years — more than 1.3 billion rubles, which is 29,4% to the level of 700 of the year. Monthly assistance in the amount of 682 rub. received more than 8 thousand families;

— for social support of citizens whose living quarters have been lost and (or) damaged as a result of an emergency situation that has developed as a result of a complex of adverse meteorological phenomena in June — July last year on the territory of the republic — 286, 8 million rubles. (Payment to citizens is carried out from September 2021).

Ministry of Health of Crimea: vaccination against COVID-19 of elderly citizens is a chance to save lives

25th round of the Premier League of the Crimean Football Union: TSK-Tavria catches up…

Crimean Football Academy is looking for talents. Both among boys and among girls.…