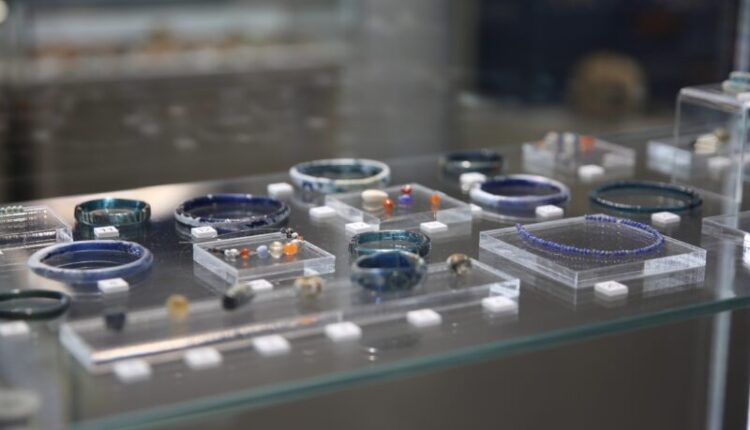 On October 1, the museum-reserve opens a new thematic exhibition — «Treasures of the Southern Suburb of Tauric Chersonesos». On it, visitors will be able to get acquainted with the results of grandiose excavations, touch the history and culture of the ancient city and learn about its existence in different eras.

The creation of a historical and archaeological park on the territory of the southern suburbs of Chersonesos required large-scale excavations, during which about 2 million artifacts were discovered. Employees of the Institute of the History of Material Culture of the Russian Academy of Sciences, the Tauric Chersonese Museum-Reserve, the State Hermitage Museum, the Institute of Crimean Archeology of the Russian Academy of Sciences, Sevastopol State University and the non-public joint stock company Heritage of Kuban are taking part in the complex archaeological expedition. From October 1, the most interesting finds of scientists can be seen in the small hall of the Antique Exposition , the press service of the museum-reserve reported.

The new exhibition in Tauric Chersonese presents samples of dishes and highly artistic Greek vase painting, jewelry made of stone, bronze, glass and bone, numismatic and epigraphic monuments. Surprisingly preserved and carefully restored jugs, goblets, plates and mugs will stand as witnesses of bygone eras. Refined glass balsamaria — vessels used to store perfume oils, beads, bracelets and rings will tell us how the inhabitants of the city were able to bring beauty into everyday life. Numerous funerary steles and tombstones will tell about the funeral rites of the Chersonesites, among which you can see the burial places of noble women, warriors and statesmen.

Find out more:  The Passion of Shakespeare - "The Taming of the Shrew" was staged in the Crimean Youth Theater

The exhibition, located in the small hall of the Antique Exposition of the Museum-Reserve, will be open to visitors until January 2023 of the year. We invite everyone to get acquainted with the amazing archaeological finds! — they emphasize in «Tauric Chersonese».

Opening hours of the exhibition «Treasures of the Southern Suburb of Tauric Chersonesos»: daily from 9: 00 to 17: 00, Monday is a day off.

Weather in Crimea on October 1