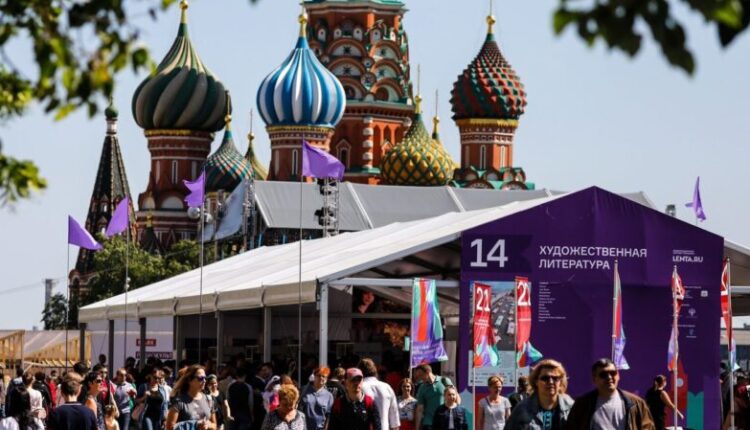 For the eighth time, with the support of the Ministry of Culture of the Russian Federation and the Government of Moscow, from June 3 to 6, a grandiose literary holiday will be held — the Red Square Festival, which will bring together writers, poets, publishers, librarians, actors, musicians and, of course, tens of thousands of readers .

The culmination of the Red Square book festival will be Pushkin’s Day in Russia, which will be celebrated throughout the country on June 6. On this day, the State Museum of A.S. Pushkin together with Rossiyskaya Gazeta will hold a presentation of museum routes, where 7 Russian literary museums will be presented.

Gurzuf and Yalta Museums of A.P. will be presented among cultural institutions. Chekhov, which are part of the Crimean Literary and Artistic Memorial Museum-Reserve. The unifying theme for museums this year was the poet, creator and muse, their relationship and how they are presented in museum expositions , the Ministry of Culture of the Republic of Crimea reported.

Crimea in his video project will talk about the relationship of the writer Anton Chekhov with his wife Olga Knipper. Festival guests will learn not only the history of their acquaintance and little-known facts from biographies, but will also see the most unique authentic interiors of museums, as well as bewitching views of the southern coast of the peninsula.

In total, the program of the festival includes about 500 events at traditional and new venues. The Festival of National Literature, unique in content and meaning, will be held again, designed to acquaint readers with the pearls of regional and national literature in Russia. In addition, more than domestic publishing houses from 50 regions, including Crimean publishers, will present their books.

Find out more:  An inter-museum project "Ancient Sanctuaries of the Crimean Mountains" was presented in the Sudak Fortress

According to the materials of the press service of the Ministry of Culture of the Republic of Crimea. Photo: official website of the Red Square Book Festival 500

In the Simferopol region, the police detained a group of people suspected of selling counterfeit money