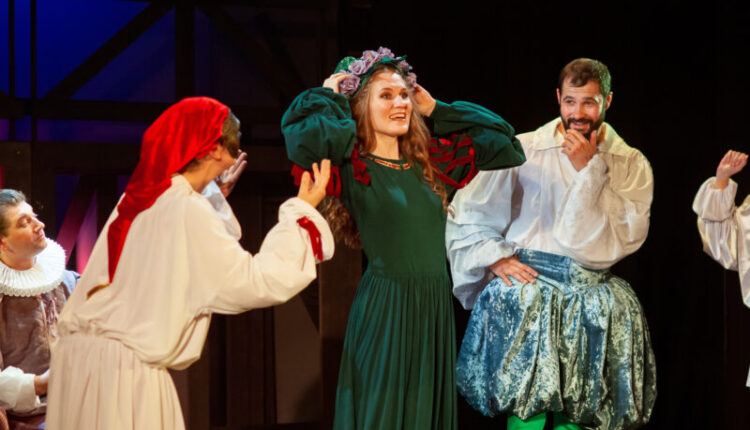 The grotesque comedy has replenished the repertoire of the Crimean State Theater for Young Spectators.

«The Taming of the Shrew» directed by Nina Permyakova tells the viewer about love, female wisdom and male power. Centuries later, William Shakespeare’s play has not lost its relevance. Forgery of values, misunderstanding, disrespect — today the world is facing the issue of the decline of the institution of the family. The performance is a reminder that relations between a man and a woman need to be built, to meet each other, to be able to find a compromise , — the press service of the theater notes.

Production designer Sergei Permyakov worked on the bright images of the characters. The costumes of the characters are grotesque and wittily brought to artistic sharpness. Everything on the stage creates a contrast, against which the viewer opens up real feelings and actions.

The premiere is a holiday, according to tradition, a surprise for the audience was prepared in the Crimean Youth Theater. Before the performance, everyone was taught a scroll with a sonnet by William Shakespeare, one of which was autographed by the stage director. The owner of the lucky note received a certificate to visit one of the restaurants in Evpatoria.

Find out more:  The 163rd anniversary of the birth of Anton Chekhov is celebrated in Yalta
Share

In Crimea, they announce the holding of the Total Test «Accessible Environment», timed to coincide with the International Day of Persons with Disabilities

November 29 is the day of the Apostle Matthew. Wind blower. And don't whistle