The premiere is coming: Chekhov's Kashtanka is being staged in the Crimean Youth Theater 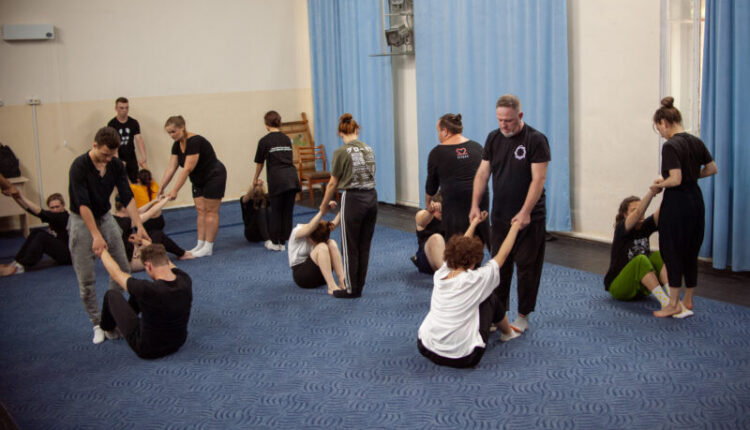 In the new season, the Crimean State Theater for Young Spectators will present a play based on Anton Chekhov’s story «Kashtanka».

135 a work of the master of Russian literature was published years ago. Even during the life of Chekhov, «Kashtanka» was translated into several languages. What formed the basis of the plot, disputes are still ongoing, philologists put forward a variety of hypotheses based on the memories of the author’s relatives and friends.

In part, Anton Pavlovich copied the image of Kashtanka from his own dogs. He lived with two dachshunds, whom the writer loved very much. Chekhov’s favorites, with unusual nicknames Hina Markovna and Brom Isaevich, played in the author’s home theater, he wrote plays especially for them. The well-known story «Kashtanka», beloved by many generations, is imbued with love for animals.

The classic plot, considered by the creative team from the other side — the director of the performance Andrey Permyakov decided to show the story of Kashtanka from the face of a dog:

We want to look at the world of people, dream up how a half-dachshund-half-mutt sees it. The scenography will be decided in colors that the dog can see. Shades that the animal does not distinguish are not used in the performance.

The stage designer Olga Dolgova realizes the director’s original idea. The light concept of the performance is created by Andrey Kostyuchenkov. The work of the lighting designer from Moscow is not the first in collaboration with the artistic director of the Crimean Youth Theater. Last year, a joint performance «Evpatoria landing» was presented.

Find out more:  An exhibition at the Simferopol Art Museum is dedicated to the 145th anniversary of the birth of Maximilian Voloshin

Andrey Permyakov’s team includes the well-known plastic director and choreographer Pavel Samokhvalov from Samara. Already in early July, Pavel started working with local artists. The performance is plastic, the animals in the production will speak only body language.

We want the guys, coming to the performance, to use their imagination as much as possible, learn to read and understand the language of the theater. Now there is such a trend: children choose a work that they absolutely understand and know — I want to destroy this stereotype , — said the director of the play.

The plot of «Kashtanka» will not receive strong plot changes, but the creative team will make its own accents:

The performance is not tied to a specific time and place, and some characters that do not intersect in Chekhov’s story will meet on our stage , — added Andrey Permyakov.

The production is financed from the federal budget through a subsidy to support creative activities and technical equipment for children’s and puppet theaters. The performance will take place already in the new -m theatrical season of the Crimean Youth Theater. The premiere of «Kashtanka» is scheduled for November this year.