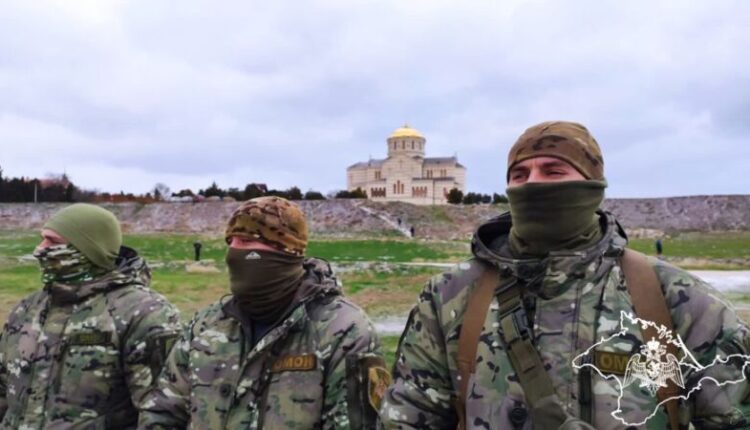 The servicemen and employees of the Russian Guard, together with representatives of regional divisions of other departments, carried out a set of measures to ensure public safety for participants in Orthodox services during the celebration of the Epiphany in the churches of Sevastopol and Simferopol.

Soldiers of the engineering and technical group of OMON «Berkut-S» of the Russian Guard, using special means, examined the places of religious rites in advance and made sure that there were no dangerous objects. During the festive events, the routes of the detention groups of the private guards of the Russian Guard were as close as possible to the Orthodox churches of the hero city. The military detachments of the National Guard served to protect public order and public safety. Also, on the territory of the Chersonese Tauride Reserve, near the walls of St. Vladimir Cathedral, where, according to legend, the rite of baptism was held by the Holy Equal-to-the-Apostles Prince Vladimir, the heavenly patron of the National Guard, law enforcement officers ensured the safety of the participants in the procession and the citizens present at the prayer service. Archpriest Sergius (Khalyuta), rector of the temple and dean of the Sevastopol district, served a prayer service, blessed the water and blessed the parishioners. Thanks to the coordinated actions of law enforcement officers, there were no violations of public order in Sevastopol , — reported the press service of the Main Directorate of the National Guard for the Republic of Crimea and the city of Sevastopol (Sevastopol).

Find out more:  May 28 in Koktebel will celebrate the 145th anniversary of Maximilian Voloshin
84
Share