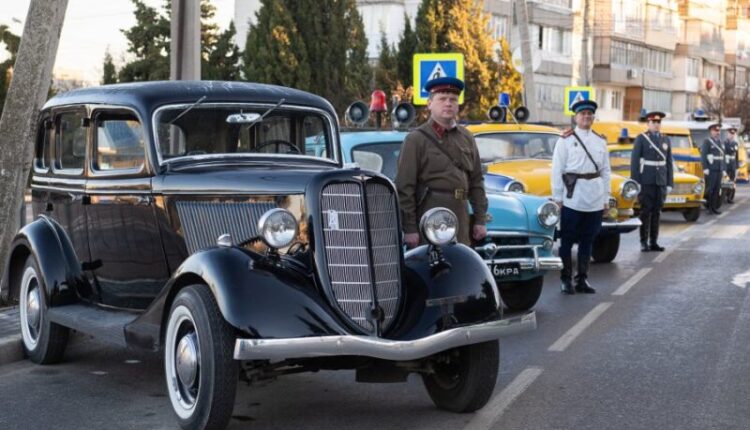 The traffic police building was built in 1973 year. The total area is 30 square meters, of which more than 30 % percent was not used due to an emergency condition. The general depreciation of the building was %, and the technical condition of its premises did not meet regulatory requirements. In June 1973 of the year, a comprehensive overhaul of the building began, which was completed in December of this year. In the course of the work, the roof was replaced, a major internal and external repair of the facade was carried out, all communications were replaced, and the adjacent territory was landscaped. After a comprehensive overhaul, the building meets all technical modern requirements.

This year we often met at different sites, which are being updated, created by the efforts of the Ministry of Internal Affairs for the city of Sevastopol. You know that the development is going on — the people of Sevastopol see it. Development not only in terms of material security, but also in terms of the quality of work. It has become safer in the city, people feel more confident both on the roads and on the streets, both in the daytime and in the dark, thank you very much for this

, — said the governor of Sevastopol in his welcoming speech Mikhail Razvozhaev.

First Deputy Minister of Internal Affairs of the Russian Federation, Police Colonel-General Alexander Gorovoy noted that the opening of the renovated building of the State Traffic Safety Inspectorate is another important step towards creating comfortable conditions for the work of police officers and the provision of high-quality public services to citizens:

Find out more:  In Sevastopol, 17 roads were put into operation from the list of objects in 2023

The First Deputy Minister noted that Sevastopol is fully fulfilling the tasks set within the framework of the national project “Safe and high-quality roads. This year, the accident rate has been reduced, the number of accidents caused by drunk drivers, as well as people killed and injured in traffic accidents, has decreased, and the severity of the consequences of road accidents has decreased. Alexander Gorovoy also thanked Mikhail Razvozhaev for the initiative to create the city museum of the State traffic inspectorate.

During the event, Alexander Gorovoy presented seven employees of the State Traffic Inspectorate of Sevastopol with medals of the Ministry of Internal Affairs of Russia “For Valor in Service”, the Governor of the city Mikhail Razvozhaev awarded Vasily Taranenko, a veteran of the State Traffic Inspectorate, who ensured traffic safety on Sevastopol roads since 1975 to 1999 years.

Also, during the opening ceremony of the renovated building of the Department of the traffic police of the Ministry of Internal Affairs of Russia in the city of Sevastopol, an exhibition of rare cars of the State traffic inspectorate was held, among which were presented «VAZ», «GAZ», «UAZ» and other samples of vehicles that were previously in service with the traffic police.