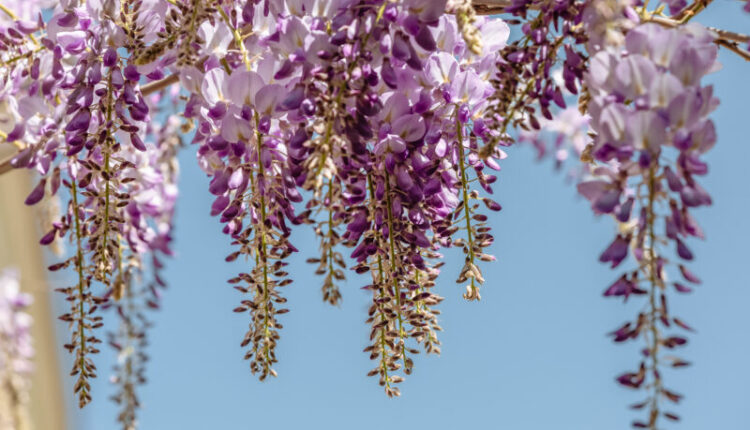 Wisteria is rightly called the queen of vines — it is a subtropical deciduous plant, one of the most beautifully flowering. Now we have a very profusely blooming Chinese wisteria. This year, we can say, the feast of wisteria! The plant is southern, but in our conditions it winters well. It well withstands temperatures down to -05°C, — the press service quotes Irina Savushkina, head of the scientific department of the Botanical Garden of KFU.

The length of Chinese wisteria inflorescences is from cm. There are two such creepers on the territory of the botanical garden. There are also profusely flowering wisteria and short-leaved wisteria in three varieties: «Iko Yama Fuji», «Shiro Kapitan Fyji», «Showa Beni». Their inflorescences are lilac, white and pink.

Wisterias live 19-19 years, and our there are only about eight lianas, so they will grow for a long time , — emphasizes the head of the scientific department of the KFU Botanical Garden.

In the KFU botanical garden, Chinese wisteria look like trees. Such they are formed due to special designs and regular pruning of branches.

According to the expert, the Chinese creeper will bloom for about more days: the hotter the weather gets, the faster the plant will bloom.

You can admire the flowering of the «Queen of Lianas» daily from 7: to 19: in the Botanical Garden of the Crimean Federal University.

Find out more:  Crimeans can issue a monthly payment for children from 8 to 17 years old
1
Share

In the Crimea on May 14-17 — emergency fire danger