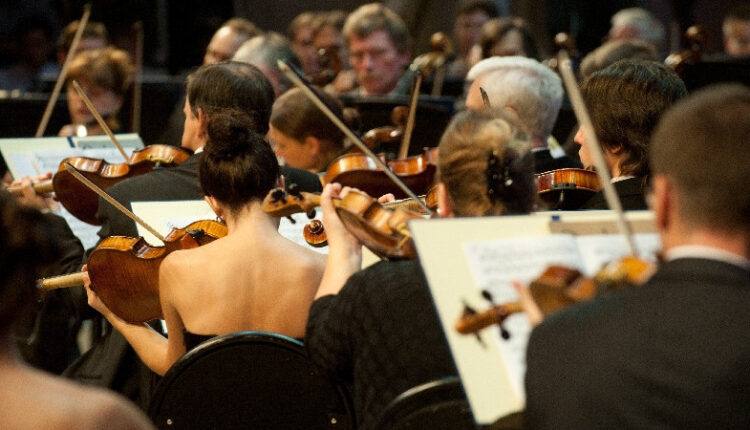 In the Yalta House-Museum of A.P. Chekhov is explained:

Throughout the month, every Thursday, at 16: 00 residents and guests of the city will be able to become spectators and listeners of the Russian National Orchestra, the State Academic Symphony Orchestra of Russia. E. F. Svetlanov and many other eminent teams. Broadcasts will take place in a virtual concert hall created in the museum in April 2022 as part of the National Project «Culture».

By the holiday of «Spring and Labor», the month of orchestras will open on May 1 with a broadcast of the program «Favorite Melodies of Past Years» performed by the Russian State Academic Chamber «Vivaldi Orchestra». The program will feature musical works by such eminent composers as I. O. Dunaevsky, A. M. Polonsky, A. G. Ritter, M. I. Blanter and many others. The broadcast will take place from the concert hall. P. I. Tchaikovsky of the Moscow State Philharmonic. Modern equipment will create the effect of presence in the auditorium for guests and allow them to fully enjoy the music.

The program of May broadcasts can be found on the website of the Crimean Literary and Art Museum-Reserve.

Find out more:  About 26 thousand people visited events and actions dedicated to the International Museum Day in Crimea

In 2014 the Crimean Literary and Artistic Memorial Museum-Reserve, which includes the Yalta House-Museum of A.P. Chekhov, successfully took part in the federal program «Digital Culture», as a result of which already in 2014 a year, a virtual concert hall was created here. Thus, the museum joined the large-scale project of the Ministry of Culture of the Russian Federation «All-Russian Virtual Concert Hall», which has been operating since 2014 and has already covered more than 20 regions, cities from Sevastopol to Khabarovsk.

Every year in Russia, within the framework of the national project, 80 virtual concert halls are opened. In 26 the 80 halls were opened in 33 subjects of the Russian Federation. This year 44 of the region take part in the project. In total, by 2024 year, it is planned to create 26 virtual concert halls throughout the country.