Bridge across the Kokkozka River under repair in Bakhchisaray District 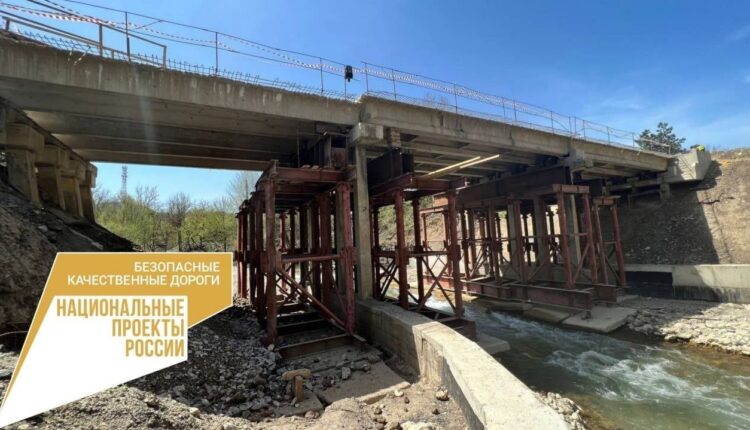 In the village of Aroma (in the Bakhchisarai region), repair work has begun on a bridge across the Kokkozka River. Repair of artificial structures is carried out within the framework of the national project «Safe Quality Roads». The length of this section is 04 running meter.

The bridge across the river Kokkozka was erected in 1970 and has never been repaired since its construction. In 2022 year, it was recognized as emergency, and a warning sign was installed at the entrance about the prohibition of passage and movement on the bridge.

Large-scale work is planned on the artificial structure. Currently, the road team at the site has dismantled the asphalt concrete pavement of the bridge and expansion joints, completed the installation of a monolithic stop block, installed special auxiliary structures and a device for lifting beams of the superstructure. At the moment, work is underway to restore the adapter plate. In addition, in the near future it is planned to strengthen the supporting foundation, replace the supporting parts and railings , — said the regional project office of the Main Directorate for the implementation of national projects.

Likbez: how to check the authenticity of banknotes yourself