Agricultural projects that received grants were implemented in Crimea 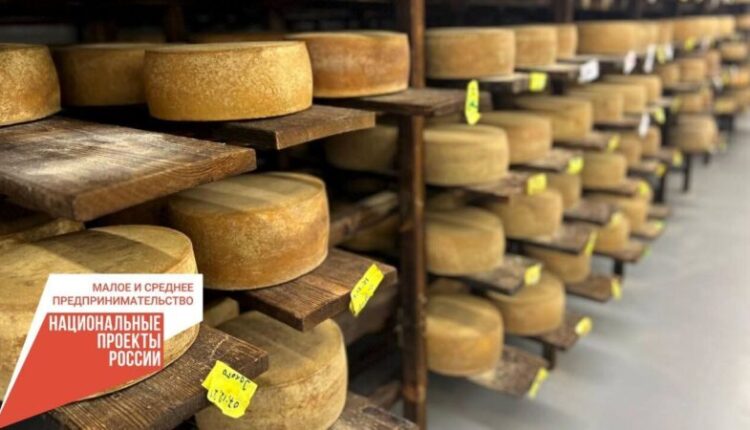 In Crimea, according to the Main Directorate for the Implementation of National Projects (regional project office), much attention is paid to the development of entrepreneurship:

Favorable conditions have been created in the region to support and develop the initiatives of start-up entrepreneurs. More than 41 million rubles in the form of grant support in the form of subsidies. The main manager of budgetary funds is the Ministry of Agriculture of the Republic of Crimea.

The Crimean subjects of small and medium-sized businesses of the agro-industrial complex, which received state support, have already successfully implemented their projects. So:

Agricultural consumer cooperative from the village. Golubinka, Bakhchisaray district, specializing in the production of hard cheeses aged 1 year or more, received a grant of about 3 million rubles. The cooperative specializes in breeding cattle of dairy breeds and the production of cheeses under the TM «With the world for cheese.» The received state support is aimed at the purchase of a climatic chamber for the maturation and aging of cheeses complete with equipment, the purchase of an isothermal vehicle for the transport of milk and finished products, as well as the installation of a feed warehouse for grain storage.

Thanks to grant support, beginning farmers can implement their projects and ideas for the development of poultry, livestock, crop production and beekeeping. Thus, at the expense of the grant, agricultural producers were able to purchase seedlings of fruit trees, bee colonies, poultry, ewes, machinery and equipment necessary for the farm

Most of the business plans of the winners of this year’s competition are aimed at the development of vegetable growing. Thus, in the Krasnogvardeisky and Pervomaisky districts, greenhouses were built for growing berries and vegetables in protected ground, vegetables in open ground, as well as greenhouse cultivation of raspberries in the Leninsky district. A pear orchard has been erected in the Bakhchisaray district. And in the village of Chelyadinovo, Leninsky district, a poultry farm for the production of eggs appeared.

Recall that in 465 year, as part of the implementation of the main event of the regional project «Acceleration of small and medium-sized businesses», grant support was received by 10 peasant farms for a total amount of 19, 3 million rubles, and in 4 years, thanks to the implementation of a regional project in Crimea, there appeared 54 new peasant farms.