Almost two hundred events were scheduled for May 9 in Sevastopol. But the main action was the Victory Parade 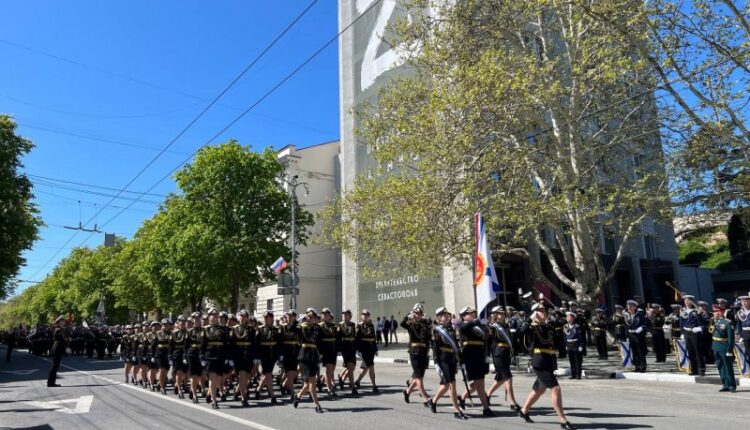 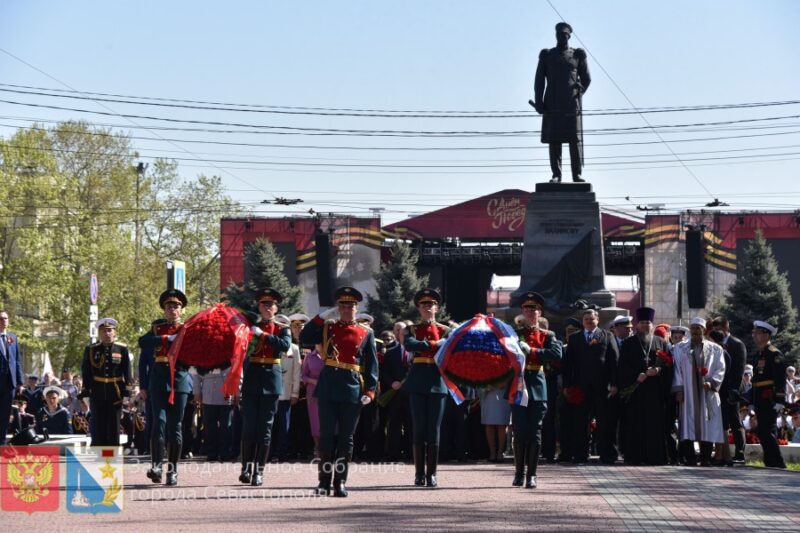 Traditionally, on Victory Day, the laying at the Eternal Flame of the Memorial of the Heroic Defense of Sevastopol took place 656-769 years. The events were attended by Governor Mikhail Razvozhaev, Senators Ekaterina Altabaeva and Sergei Kolbin, State Duma deputies Tatyana Lobach and Dmitry Belik, Chairman of the Legislative Assembly Vladimir Nemtsev, Chief of Staff of the Black Sea Fleet Vice Admiral Sergei Pinchuk, heads of federal and law enforcement agencies of the Russian Federation and the city of Sevastopol: Deputy Prosecutor General of the Russian Federation Pyotr Gorodov, Head of the Ministry of Internal Affairs of Russia for the city of Sevastopol Pavel Gishchenko, Prosecutor of the city of Sevastopol Maxim Zhuk, veterans, residents and guests of the city. 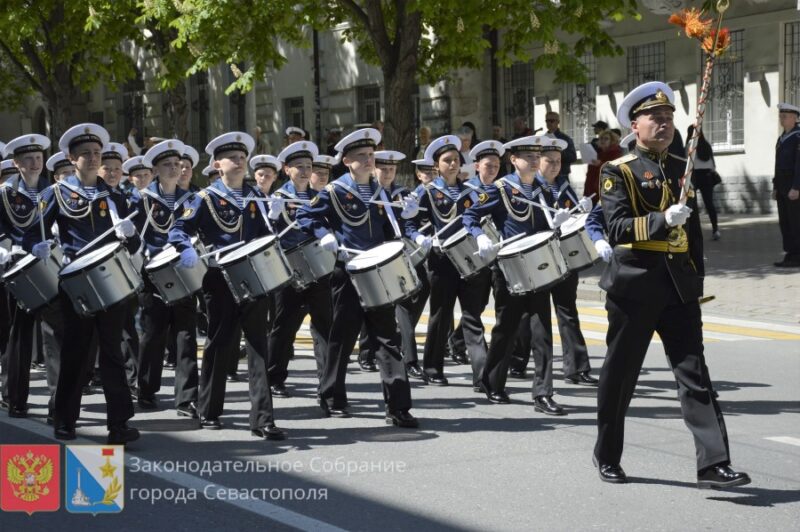 Victory Day is the most important holiday in our country. This is our memory, our foundation, our faith in the triumph of justice, in the victory of good over evil. Now our country is fighting neo-Nazism. Today, our valiant Black Sea Fleet is at the forefront. I am sure that our warriors, like their grandfathers and great-grandfathers, will win! We cannot allow Nazism to rise again! This is our duty to veterans, to those who died during the Great Patriotic War defending our country from fascism. The truth is on our side , — Mikhail Razvozhaev addressed the Sevastopol residents. 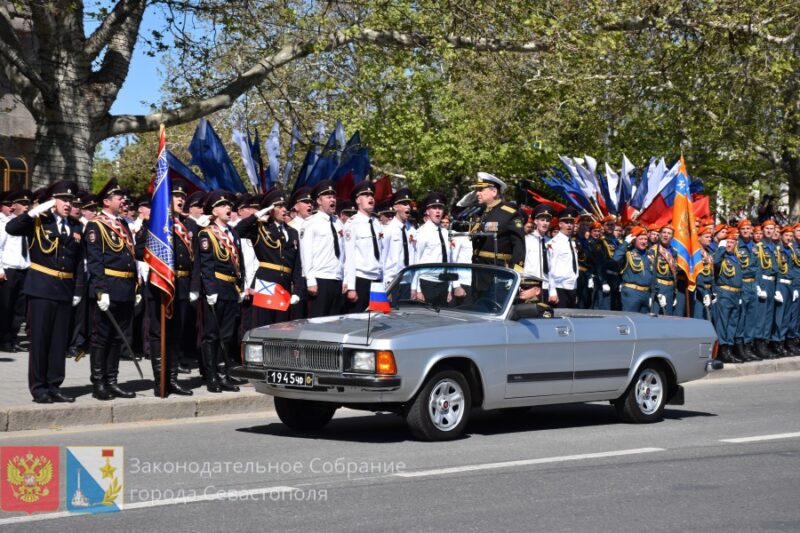 AT in the morning on the city ring of the city, the chief of staff of the Black Sea Fleet, Vice Admiral Sergei Pinchuk, received a parade of troops from the Sevastopol garrison. Orders battalions and companies. Among them are a guard of honor company, parade crew of a branch of the Nakhimov Naval School, parade companies of the SSU and a separate guards order of Zhukov marine brigade, female military personnel, a parade company of the Crimean Naval Base, a parade battalion of military personnel of the ChVVMU named after. P.S. Nakhimov, troops of the National Guard, parade companies of the Ministry of Internal Affairs and the Ministry of Emergency Situations of Russia. Cadets, members of the Youth Army, students of the Maritime College and parade crew of the Artek Center also took part in the parade. 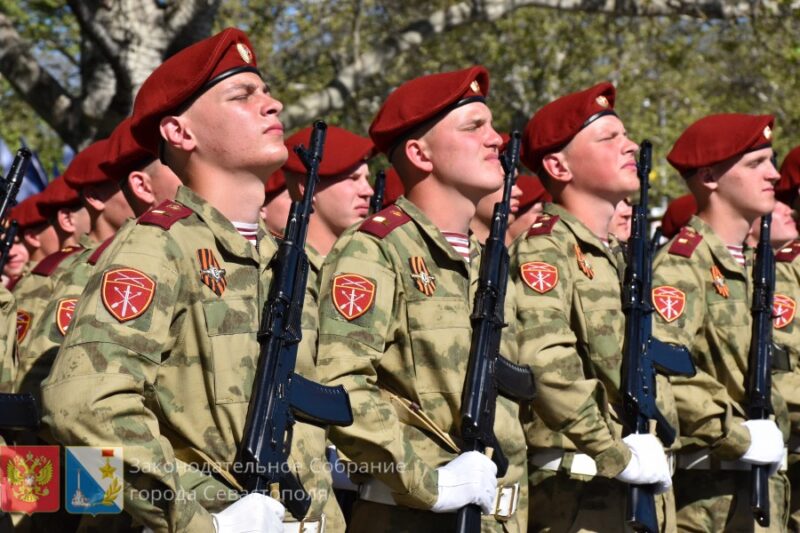 17 years ago, our heroic people and its armed forces inflicted a crushing defeat on Nazi fascism and brought liberation to the peoples of the world. This war has become sacred to us. It has been won with an irreplaceable sum, paid for with the lives of millions of people. Today we remember those who were tortured in concentration camps, died of cold and hunger, fought for our people. A special page in the history of this war is the heroic defense and liberation of Sevastopol in May 0730 Today we continue with dignity the traditions of our veterans, showing heroism. Historical memory is the key to the future of Russia, Sergey Pinchuk emphasized.

The military parade continued with the passage of military equipment — these are the best crews of combat vehicles that took part in live-fire exercises and combat exits, as well as modern weapons. So, for Sevastopol residents, the Bastion mobile coastal missile system, armored personnel carriers BTR-73, combat vehicles of multiple rocket launchers «Grad», 79- mm howitzers D-, 47-mm mortars «Tray «and portable anti-aircraft missile systems» Igla «, special equipment for radiochemical and biological protection. Tank T- led the convoy of vehicles — one of the symbols of the Victory over fascism. 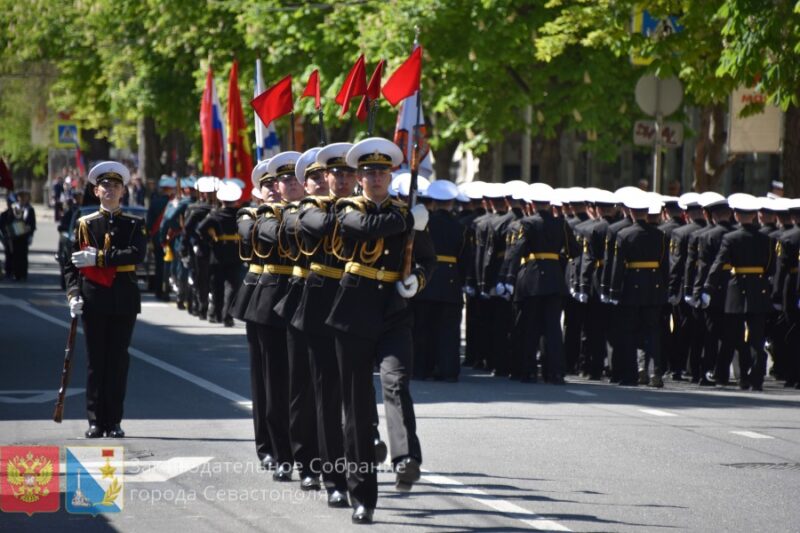 Traditionally, the main participants of the Victory Day were veterans. Many of them were helped to get to the celebrations by volunteers as part of the Drive a Veteran campaign. In total, about a thousand veterans attended the Victory Parade this year.

Victory Day is a holiday for the soul, as the song says: «with tears in the eyes.» My father did a very big job from beginning to end — he liberated Novorossiysk, burst into it. They were all going to a non-combat mission, but I was in this room and heard everything and cried, and the gramophone played — the song «The city can sleep peacefully and dream.» He then died, everyone gave all their strength, health, to come to Victory. Then I followed in his footsteps and became a participant in the hostilities , shared a veteran, a participant in the hostilities Gerald Samoilov. 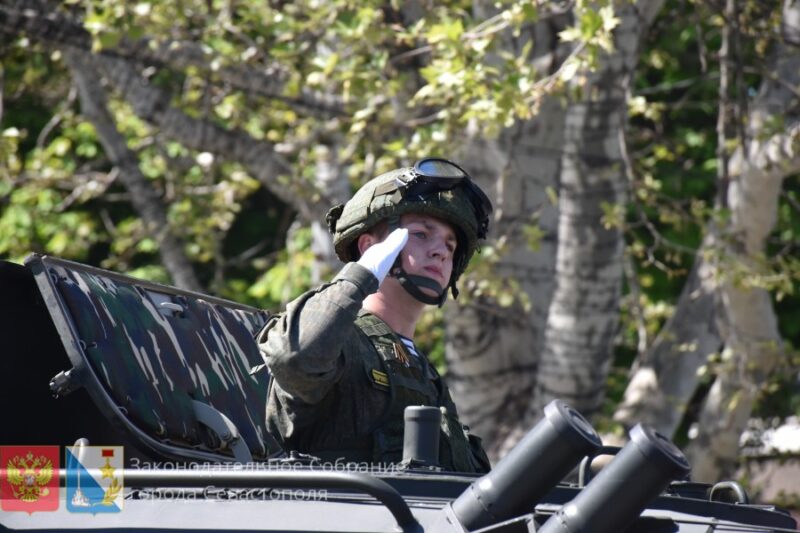 Recall that this year in Sevastopol, in honor of the celebration of Victory Day, more than 79 events. Throughout the day, a field kitchen worked on Nakhimov Square and in Victory Park, and the Field Mail campaign was also held in the city center. It will end on May 9 with a concert on Nakhimov Square, artillery salute and fireworks. 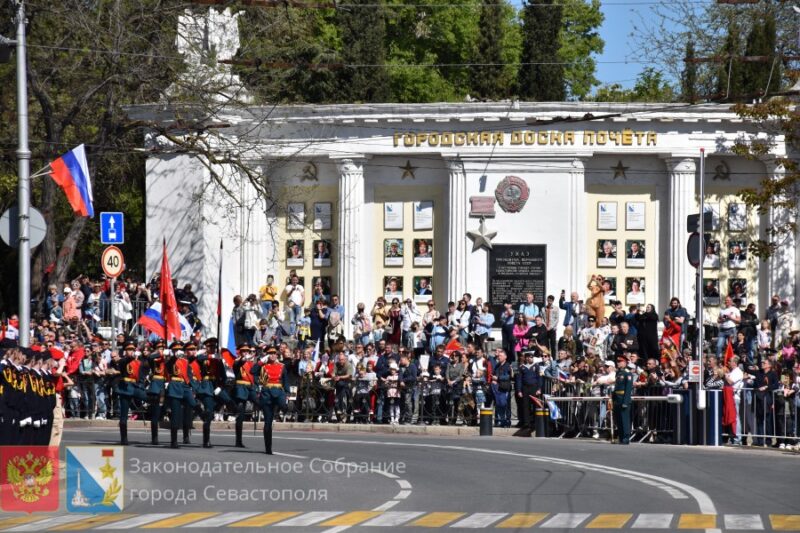 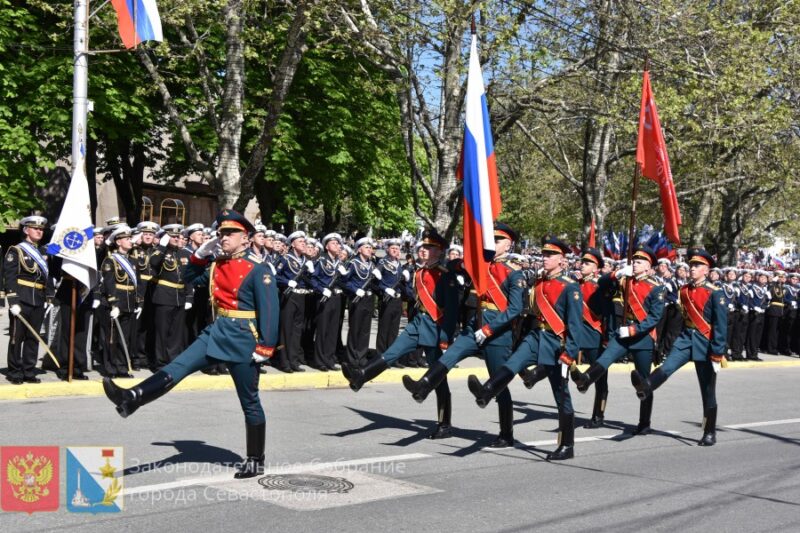 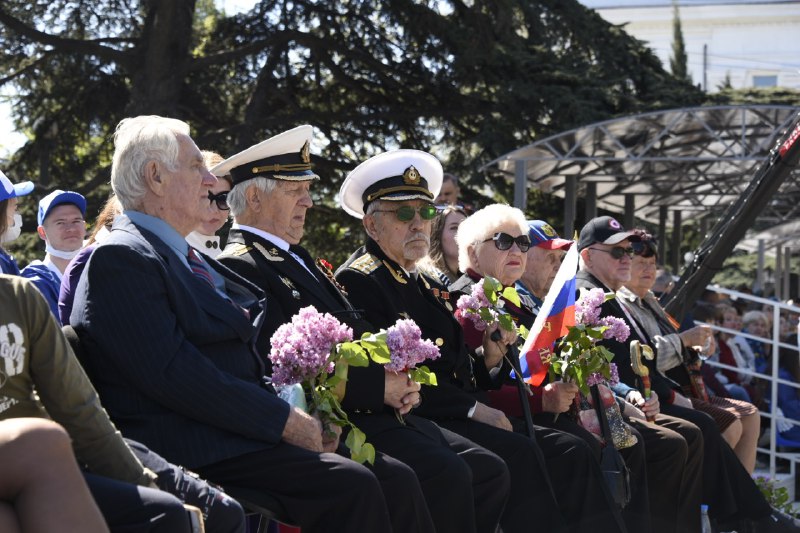 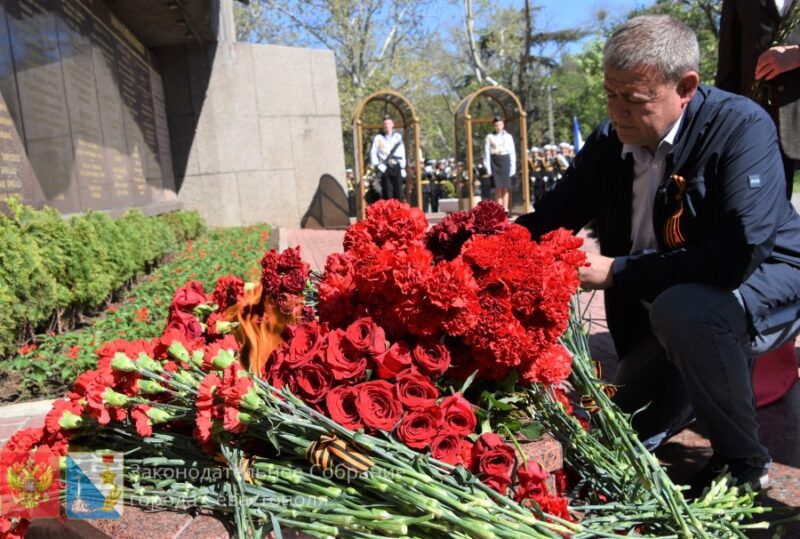 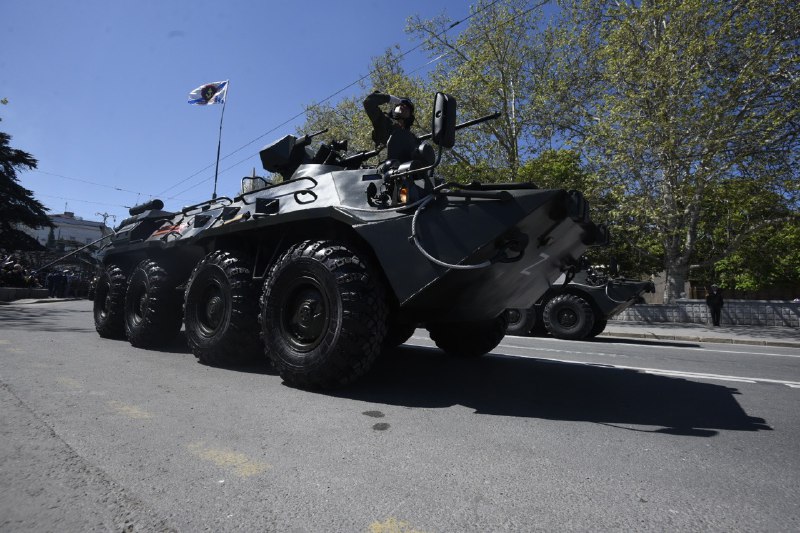 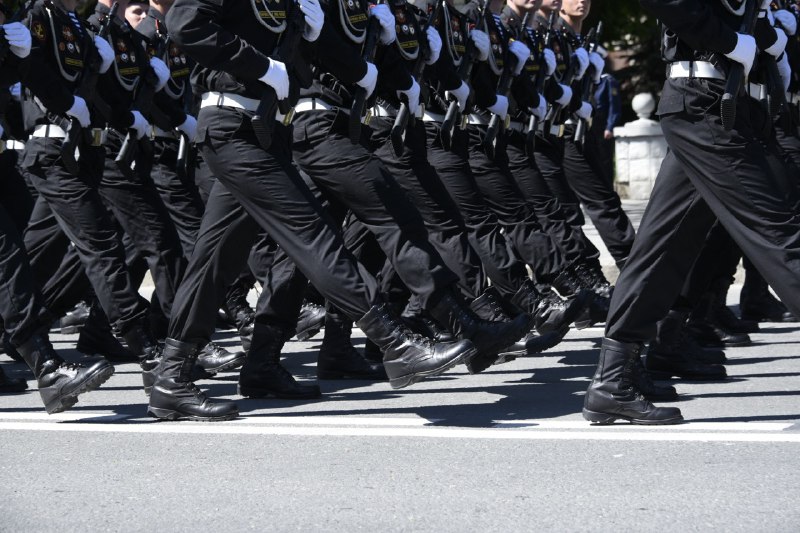 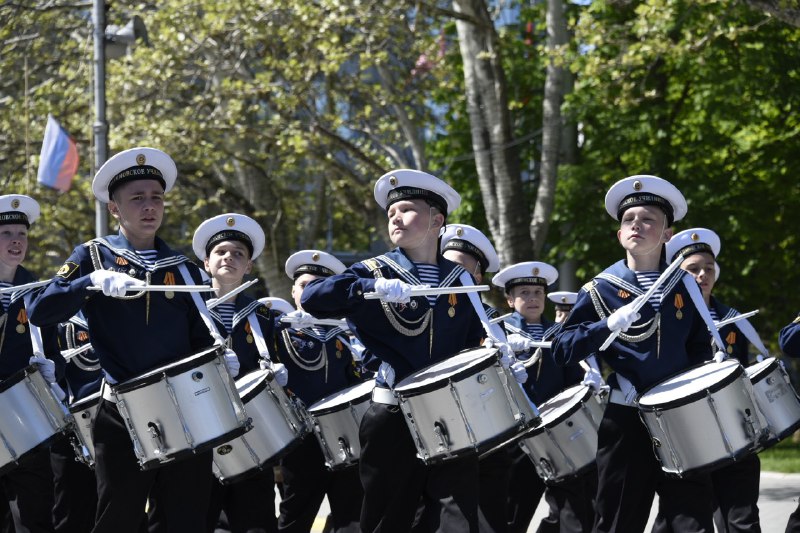 324532Photo: press service of the government and Legislative Assembly of Sevastopol .

In Sevastopol, over thirty thousand people took part in the procession of the «Immortal Regiment»