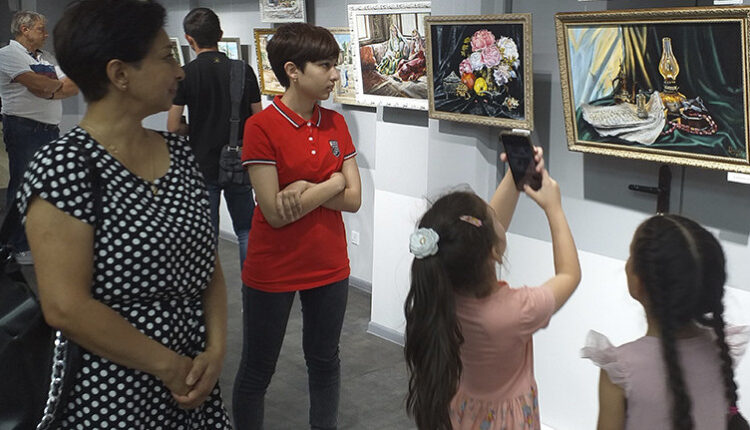 In Simferopol, in the Crimean Republican Universal Scientific Library named after Franko, an art exposition «The Spindle of Time» was opened. It presents more than 30 works by the artist Madina Abdullayeva — recreated, animated fragments of the past, each with its own fabulous and at the same time real a plot that takes the viewer into the depths of the history, culture and life of the Crimean Tatar people.

Madina Abdullayeva told the audience about the technique of painting, emphasizing that each of them has its own history. According to her, these works contain not only paints, canvas, images and landscapes, but also the history of the multifaceted Crimea.

The visitors drew attention to the fact that still lifes, landscapes, scenes from the life and life of the Crimean Tatars, like a spindle stringing centuries and years, create an image of the former Crimea.

Photo: press service of the Ministry of Culture of the Republic of Crimea.

Find out more:  Performance of the Crimean Youth Theater: "Kashtanka" through the eyes of a dog
55
Share

Operatives of Simferopol have established a suspect in thefts. It turned out — «an old acquaintance», under investigation