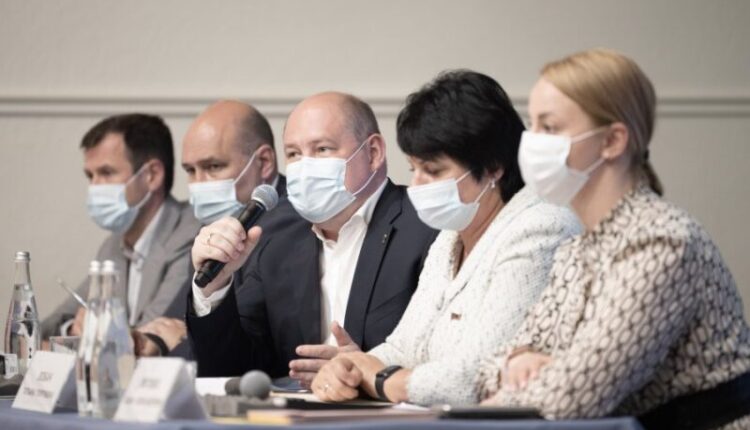 The first meeting of the Supervisory Board for the creation of a yacht marina in Balaklava was chaired by the Governor of Sevastopol, Mikhail Razvozhaev. Earlier, the of the Supervisory Board, approved by the Governor of Sevastopol, was published on the Government website. Its membership has been expanded to the maximum — it includes local residents, social activists, deputies of all levels, representatives of the expert community, business, and the Government.

At the first meeting of the Supervisory Board, together with local residents and the expert community, we discussed in detail what we are doing and when. The Supervisory Board will serve as an effective tool for project improvement. We plan to meet once a month to answer all the questions of residents, fishermen, and business representatives. The project will be implemented in three stages. The entire bay will not be completely closed for one season. The construction of the yacht marina will have a positive impact on changes in urban infrastructure , — Mikhail Razvozhaev is quoted by the press service of the Government of Sevastopol.

One of the important topics of the meeting was environmental issues. This topic is planned to be widely discussed at one of the next meetings. Experts noted that the maximum control regime operates on the territory of the entire Balaklava Bay. This is connected with the water protection zone, and with cultural and historical monuments, cultural heritage sites.

It is worth noting that the project received a positive conclusion from the Glavgosexpertiza, the meaning of which is impartiality and a high level of competence. And this conclusion cannot be obtained without environmental expertise, which is carried out by top-level federal experts. The environmental review was carried out by the same institute that did the EIA of the Crimean Bridge and is still monitoring the situation in the Kerch Strait. The assessment of cultural heritage objects was carried out within the framework of the historical and cultural expertise by the employees of the Hermitage, and we have no doubts about their competence , says Tatyana Lobach, a deputy of the State Duma of the Russian Federation.

Member of the Supervisory Board, Deputy Chairman of the Committee on Legislation and State Building of the Legislative Assembly of Sevastopol Mikhail Chaly proposed to keep minutes of each meeting, indicating those responsible for each item. “It is important at one of the meetings to sort out the details that directly relate to the technical arrangement of the marina,” added Mikhail Chaly.

Find out more:  More than 9,000 Sevastopol residents restricted from traveling outside the country due to debts

At the meeting, the project contractor PJSC Mostotrest reported on the first work that had begun on the Tavricheskaya embankment.

At berth No.247 the top coating was dismantled by 90%, also dismantled from old piles, at berth No. 248 the dismantling of the reinforced concrete superstructure at % has been completed, the dismantling of the reinforced concrete slab of the old berth is in progress. They brought in a drilling rig, cranes and all the necessary equipment. Fleet team formed. Everything is going according to schedule, says Alexey Yemchenko, project manager at PJSC Mostotrest.

Recall that in December 2021 a contract was signed for the construction of a yacht marina in Balaklava Bay. As the executor of the large-scale project within the framework of the FTP, the Government of Sevastopol has identified the Mostotrest organization. The first stage of work includes the reconstruction of the Tavricheskaya embankment.

Here all communications will be put in order — water supply, electrical networks, gas pipelines, sewer and storm collectors. After that, the landscaping will begin. Further, it is planned to start work on the Nazukin embankment.

Balaklava Bay is already today the center of attraction for guests and residents of the city. The reconstruction will allow multiplying the tourist flow and investments in the region. Creation of a yacht marina is one of the priority projects of the city.

What do you have in your pocket? Incident in Feodosia