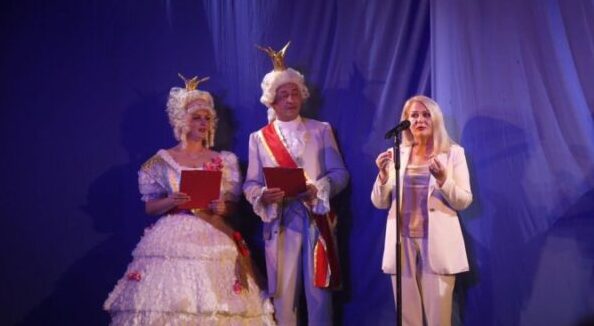 «Fairytale Kingdom» is the All-Russian festival of theatrical art for children. Professional theatrical groups of Russia take part in it, creating performances for children and youth. The festival has been taking place since 12 year on the basis of the Sevastopol Theater for Young Spectators.

The amazing Fairytale Kingdom festival is being held in Sevastopol for the sixth time, and during this time it has become one of the favorite events of the residents of our city. 12 performances were brought to us from 12 regions of the country, a highlight this year will be the first festival of street theaters, which will be held on June 4th. We invite everyone to take part , — the press service of the Government of Sevastopol quotes the director of the Department of Culture Irina Romanets.

In the 2022 year, the festival will be held at several city venues:

Fairy tales for the whole family will be shown by 17 theatrical groups of the country.

The motto of our festival: «All fairy tales will visit us!» You can probably say this: all the guests and spectators, big and small, who come to us these days, will find themselves in a fairy tale. More precisely, in different After all, this year the VI All-Russian festival of theatrical art for children «Fairytale Kingdom» not only expands its geographical coordinates and locations, but also provides an opportunity to get acquainted with a new theater direction for the city, inviting Sevastopol residents and guests of the city to the I Street Theater Festival , — says Andrei Maimusov, director of the Sevastopol Theater for Young Spectators.

groups will take part in the festival of street theaters on June 4. The poster can be found at .

Also, as part of the celebration of Children’s Day, a festive concert program was held today on the summer stage of Primorsky Boulevard «Rakushka» with the participation of children’s creative teams of the city. The Sevastopol Rehabilitation Center hosted a children’s party with games, competitions, asphalt drawings, sports competitions and awards. Children’s Day was also celebrated today in a social shelter for children and adolescents. Pupils participated in competitions, sang, danced and accepted gifts from guests.

Recall that on June 4, the art project «Summer Sevastopol» also starts. Within its framework, on Saturdays at 12 open areas, residents and guests of the city will be waiting for creative evenings — performances by groups, master classes, exhibitions, dances and much more.

Find out more:  Today in Sevastopol - on Primorsky Boulevard - a requiem concert
4
Share

More than 9,000 Sevastopol residents restricted from traveling outside the country…

On July 5, Archipelago 2022 starts in Sevastopol

Today in Sevastopol — on Primorsky Boulevard — a requiem concert

In Sevastopol presented a photo exhibition «Looking through the family…