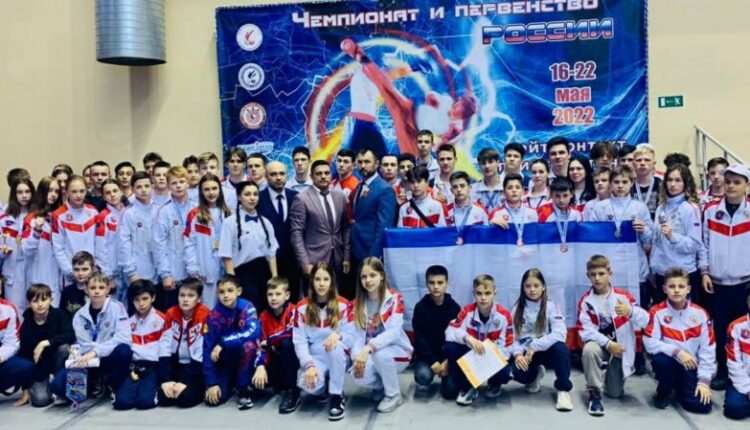 8 gold, 8 silver and 11 bronze medals were won by Crimean athletes at the Russian kickboxing championship and championship. The competition ended in Sochi. They were attended by 1200 fighters from 46 regions of the country. Competed according to the rules of the disciplines «light contact» and «point fighting».

As part of the national championship, where adult athletes competed for medals, the silver medal was won by Alexandra Belyaeva, who competed in «light» among athletes in the category up to 11 kg. Bronze medalists were Alexander Kravets (Point Fighting, +94 kg) and Valeria Grichanaya (Point Fighting, -11 kg). As a result of the championship, three athletes won two medals at once, performing in both sections. Yaroslav Prokopchuk got two «golds», Daria Sazhina — gold and silver medals, Kristina Tyrina — gold and bronze , the press service of the Ministry of Sports of the Republic of Crimea reported.

Andrey Andreyanov, Kristina Motruk and Vladimir Vitsikhovsky fulfilled the standards of the Master of Sports of Russia. Maxim Nosach became a candidate master.

Yalta Museums A.P. Chekhov will be presented on Red Square in Moscow

Crimean Alexandra Mitina is the champion of Russia in classical pankration

24th round of the Crimean Football Union Premier League: TSK-Tavria, Rubin Yalta and…