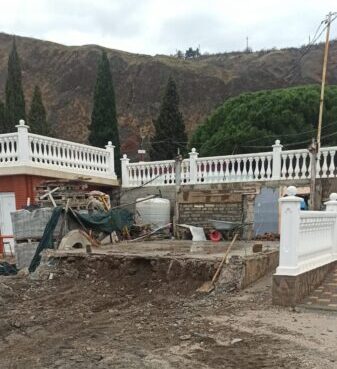 A resident of Alushta, decided to do business and for this purpose in the coastal zone of the village of Rybachye arbitrarily, without obtaining a permit, erected a construction site, adapting it to a trade pavilion. By a court decision, the building was declared illegal, and the businessman was charged with the obligation to demolish it.

Crimea and the city of Sevastopol initiated enforcement proceedings against citizen B. on the demolition of an illegally erected retail outlet. The debtor did not consider it necessary to comply with the court decision within the time period established by law, as a result, the bailiffs issued a decision to recover the enforcement fee from the debtor. Also, the employees of the department issued a decision on a temporary restriction on the departure of citizen B. from the Russian Federation. The measures taken by the bailiffs and the desire to continue their business projects prompted the debtor to execute the judgment. Under the control of the bailiffs, citizen B. independently demolished the building illegally erected by him at his own expense. Enforcement proceedings ended with actual execution. The coastal zone has been restored to its previous state and is accessible to citizens , the press service of the GUFSSP of Russia for the Republic of Crimea and the city of Sevastopol reported.

Source: press service of the GUFSSP of Russia for the Republic of Crimea and the city of Sevastopol