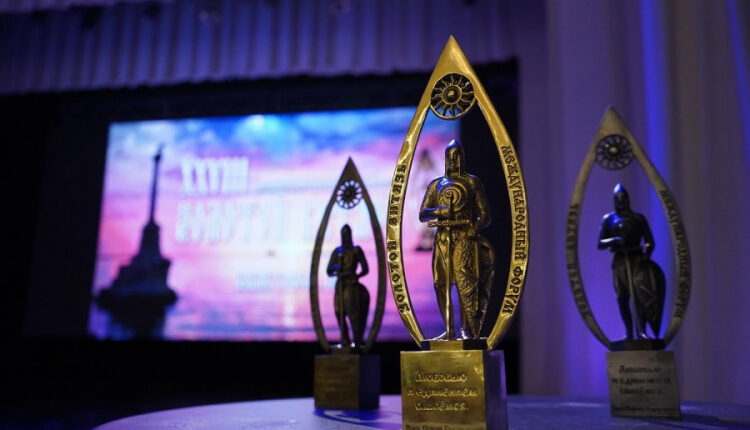 XXXI International Film Forum «Golden Knight» in Sevastopol will be held from to 28 May. The organizers are the IFF «Golden Knight» together with the Government of the Hero City with the support of the Ministry of Culture of the Russian Federation and the Foundation for Presidential Initiatives.

This year the forum will be held under the motto «Golden Knight» — against Nazism. The program is scheduled to show 28 films of the competitive program and 24 films of the out-of-competition program. There will also be premieres of films with the participation of Russian and foreign filmmakers. The main and out-of-competition film screenings will be held in the Rossiya, Moskva, Pobeda cinemas in Sevastopol, as well as in the summer cinema on Matrossky Boulevard with 22 by 16 May, — noted in the press service of the Government of Sevastopol.

The solemn opening ceremony and a gala concert of popular film and theater artists will be held in May on the stage of the Sevastopol Academic Russian Drama Theater named after A. V. Lunacharsky. On the same day, there will be a press conference on the opening of the film forum and a conference “For Russia” Against Nazism!”

16 In May, within the framework of the forum, the conference «Fundamentals of the state cultural policy — the revival of Russia» will be held.

From 16 to 16 May there will be concerts and creative meetings with popular theater artists and cinema:

film school of the IFF «Golden Vityaz» with the participation of leading Russian and foreign filmmakers, dedicated to the 27 anniversary of Andrei Tarkovsky.

The solemn closing of the forum will take place 28 in May on the stage of the Sevastopol Academic Russian Drama Theater named after A. V. Lunacharsky.

The official program can be found on the website of the IFF «Golden Vityaz» www.zolotoyvityaz.ru from 16 May.

Find out more:  Sevastopol athletes of the EMERCOM of Russia are among the best in the Southern Federal District
5
Share

Sevastopol intends to 100% fulfill the Agreement on trade, economic, scientific, technical and cultural cooperation with the Government of Moscow