Inkerman now has its own police station 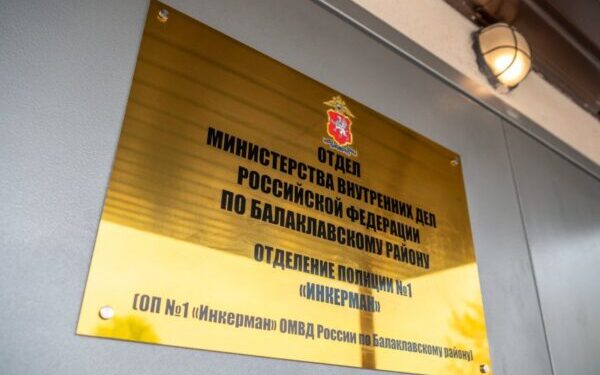 The new building of the police department No. 1 «Inkerman» of the Ministry of Internal Affairs of Russia in the Balaklava district was opened on May 5.

People repeatedly raised the issue of returning the branch to Inkerman at meetings. It once had its own police station, but it was later liquidated. Residents of Inkerman remember exactly that there was a dilapidated building, which was completely put in order, the territory was equipped. Now this is a comfortable, convenient police station, separate for Inkerman, which will deal only with the problems of the city, which is rapidly developing. Together with Pavel Ivanovich Gishchenko, we implemented this decision in a year , — the press service of the Governor of Sevastopol Mikhail Razvozhaev quotes.

The new department of Inkerman will employ 50 police officers. The building is already fully equipped. Half a thousand cameras of the «Safe City» system, which helps to keep order on the streets and roads, will be put on duty.

For the rapidly developing Inkerman, his own police department was necessary. We petitioned the Ministry of Internal Affairs for the allocation of additional rates for employees of this department. All problems that may arise will be solved on the spot — this is convenient for people and effective , — says the head of the Russian Ministry of Internal Affairs for Sevastopol, Police Major General Pavel Gishchenko.

In addition, the law enforcement service of Sevastopol will be strengthened this summer by the mounted police and the water unit, whose employees will work on scooters.

Find out more:  COVID-19 in Sevastopol: 19 people hospitalized per day

During the opening ceremony, the governor of Sevastopol and the head of the Russian Ministry of Internal Affairs for the city handed over to the police the keys to the official cars. In addition, Mikhail Razvozhaev proposed to install a bust on the territory of the department to the hero of the defense of Sevastopol, the commander of the bunker No. Sergei Semenovich Raenko, whose name the street is named.

245.5 million rubles are provided to support viticulture in Sevastopol