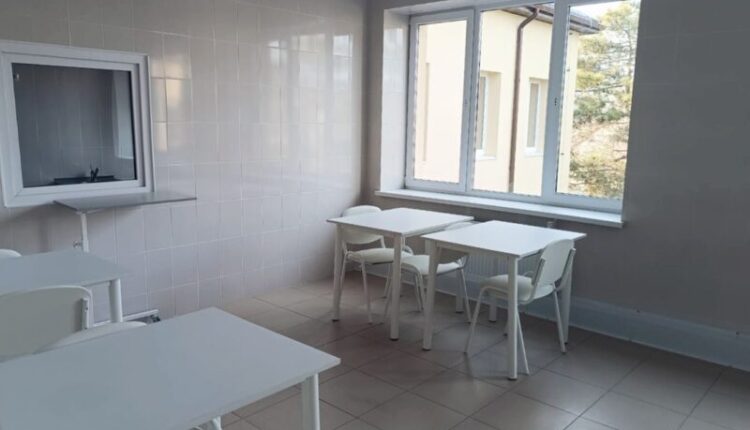 In the Kerch City Children’s Hospital, a major overhaul of the building of the pediatric department No. 1 (junior age) has been completed. The work was carried out at the expense of the departmental target program «Modernization of public health institutions in order to bring them up to federal standards and regulations.» The cost of repairs amounted to 34, 2 million rubles.

According to the head physician of the medical organization Elena Petrova, as part of the repair, the roof was replaced in the building, all engineering communications (water supply, sewerage, replacement of sewerage, electrical networks), supply and exhaust ventilation and an air conditioning system were installed.

The interior has been renovated, the windows have been replaced. A video surveillance system was installed inside the building and around the perimeter outside. At the expense of the institution, new medical furniture was purchased , — said the head physician.

The capacity of the pediatric department is 34 beds, of which 29 pediatric for young children and 5 neurological. Now children will receive qualified medical care in comfortable and modern conditions.

Photo: Ministry of Health of the Republic of Crimea.

In Simferopol sum up the results of the action «Yolkovorot»