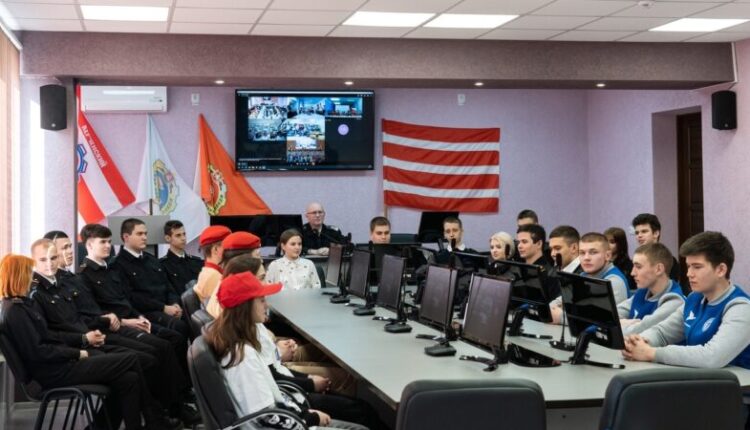 Students of the Kerch Marine Technical College took part in the teleconference «Speaks and Shows the Hero City» among the Hero cities and cities of military glory of the Russian Federation. The teleconference was held at the Kerch State Marine Technical University. The event was dedicated to the 80 anniversary of the landing of the heroic landing of Soviet sailors from the Black Sea in the Novorossiysk Bay and the formation of the Malaya Zemlya bridgehead, as well as the 55 anniversary of the All-Russian action «Beskozyrka «.

Students and members of patriotic youth organizations from different cities of Russia exchanged their experience in holding commemorative events and preserving historical memory via video link.

Photos and materials: press service of the Ministry of Education, Science and Youth of the Republic of Crimea.