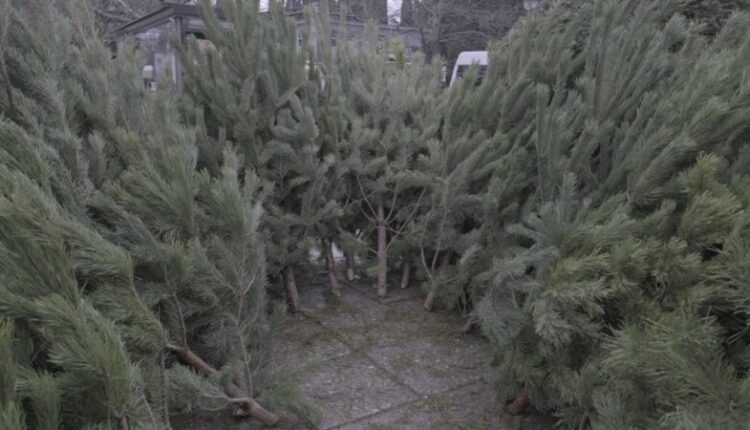 Some companies simply remove and store the trees for several years until they turn into humus, while others use special machines, the so-called tree crushers, that turn the trees into sawdust. Also, New Year trees are taken to zoos after the holidays: there they become food and bedding for cattle and birds. Next week, the Yelkovorot volunteer campaign will take place in Crimea, during which you can hand over Christmas trees to special points located in all major Crimean cities. According to the organizers of Elkovorota, the action has been taking place in Crimea for more than four years, and every year there are more cities participating in it. This year there are seven of them — Simferopol, Sevastopol, Yalta, Kerch, Feodosia, Dzhankoy and Evpatoria.

In 2020 year we collected about 380 New Year trees, in 2021 year — 556 Christmas trees, and this is only in Simferopol , — quotes O Department of Information Policy of the Administration of the City of Yalta of one of the coordinators of the action, Nika Nechaev.

In Yalta, collection points will be organized and 23 January in the park named after. Shevchenko and Pioneer Park. The harvested Christmas trees will be sent to the ANO Center for the Development of Ecological Initiatives Sowers in Simferopol, where they will be turned into wood chips and used to mulch the land for new plants.

Find out more:  About 26 thousand people visited events and actions dedicated to the International Museum Day in Crimea
39
Share

Works by contemporary Crimean artists will be presented in Simferopol

Feodosia is among the popular cities for pilgrimages to Epiphany