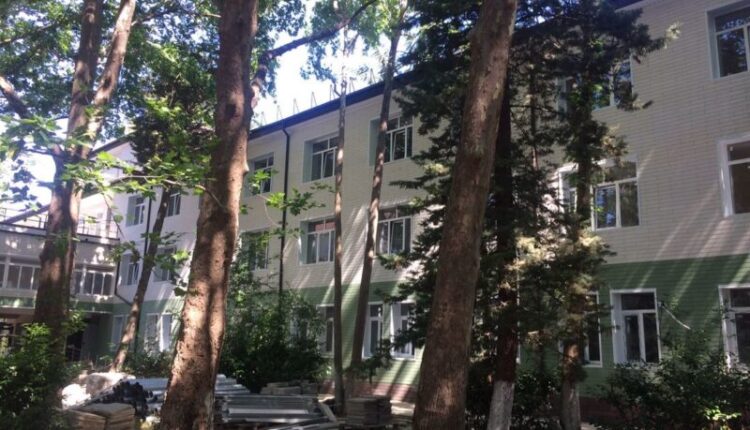 At the Alushta Central City Hospital, work is currently underway in buildings No. 1 and No. 2, as well as in the building of the infectious diseases building. According to the chief doctor of the medical organization Ivan Novitsky, the overhaul is being carried out in stages, without suspending the process of providing medical care. The roof is being replaced, the cladding and insulation of the facade, the replacement of windows and doors, all utilities, as well as interior decoration. Construction and installation work by the contractor is carried out on schedule.

So, the repair of the first building is completed by 62%. There are intensive care units, therapy and maternity ward. The second building was repaired by 16%. It has departments of pediatrics, neurology, surgery, traumatology and obstetrics and gynecology departments, as well as a hemodialysis department. In turn, the degree of readiness of the infectious corps is 16% , — the press service of the Ministry of Health of the Republic of Crimea reported. .

The overhaul of all facilities is planned to be completed before the end 2022 of the year. The cost of the work is more than 700 million rubles. Financing was allocated within the framework of the departmental target program «Modernization of state healthcare institutions in order to bring them up to federal standards and regulations.»

Find out more:  As part of the Healthcare national project, Crimean hospitals are being re-equipped with equipment
11
Share

In the Leninsky district of Sevastopol, they intend to build several apartment buildings