Today and tomorrow — the last days of summer? Ministry of Emergency Situations warns: a storm is coming to Crimea, it will be cold 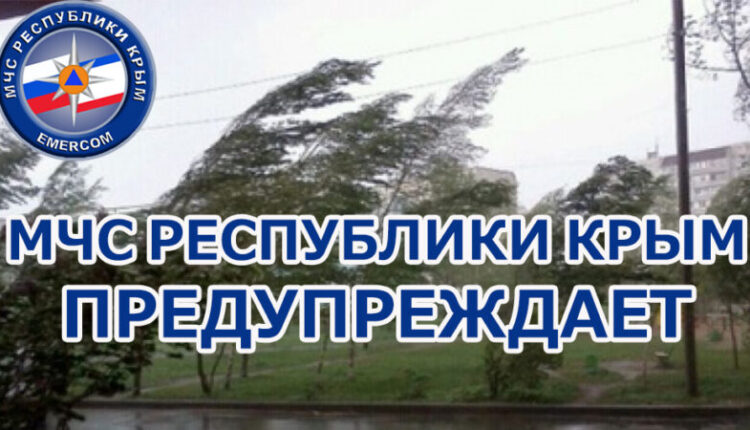 With this “Indian summer”, nothing is clear, whether it is here (today, for example, in the Crimea it is warm in July), or whether there will be more. Let the forecasters guess, but the Ministry of Emergency Situations is sure that already on Sunday Crimea will be dominated by autumn bad weather. A storm warning has been issued for at least 12 and 12 September.

According to the Crimean Department for Hydrometeorology and Environmental Monitoring, due to the passage of a contrasting cold frontal section 18 and 19 in September, a sharp change in the weather is expected in Crimea: rains, sometimes heavy, thunderstorms, strengthening of the southwest with a transition to the northwest wind 20-20 m/s, on the South Coast and in the mountains 30-35 m/s. The air temperature 12 of September will drop by -17° and will be: in the afternoon 17-22 S, at night 8- S.

In these conditions, there is a high probability of emergency situations associated with accidents at energy facilities, housing and communal services, an increase in the number of traffic accidents, violations of transport communication, difficulties in the movement of vehicles on roads, long descents and ascents, dangerous turns and mountain passes. Flooding of territories is possible , — the message of the Ministry of Emergency Situations of the Republic of Crimea says.

Rescuers warn of threats to the life and health of the population in connection with the possible fall of billboards, trees, weakly reinforced structures and possible breaks in power lines. There is also a possibility of accidents in the waters of the Black Sea, the Sea of ​​Azov and the Kerch Strait. During a storm, the presence of people in the coastal zone, on piers and shore protection structures is life-threatening.

Find out more:  Weather in Crimea on October 3

About «Indian summer» on the peninsula, weather forecasts for every day and just interesting facts — on the portal .

The most high-profile football transfers of summer 2022

Weather in Crimea on October 1