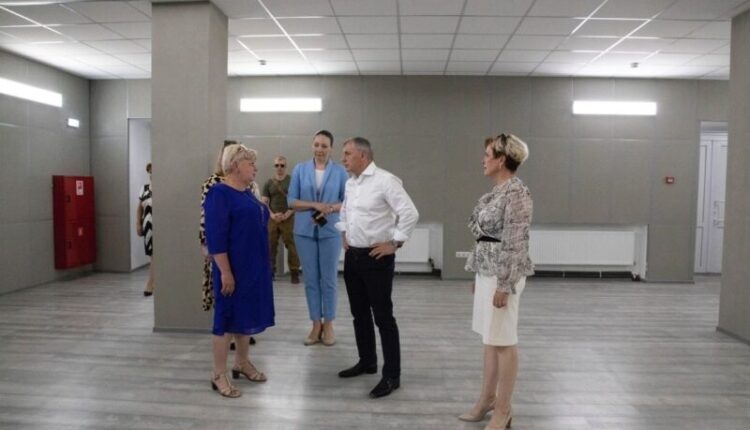 In the village of Kholmovka, Bakhchisarai district, a House of Culture will be opened on the Day of Russia. As Vladimir Konstantinov, speaker of the Crimean parliament, who inspected the completion of construction work, noted, the project is very successful and in demand. And this is not the only object of «social and cultural life» in the region.

We recently opened a regional cultural center in Bakhchisarai. Such institutions are very important for local residents, they give a new impetus to the development of the region , Konstantinov said.

According to him, positive changes in the region are visible, but there are also problems.

It is necessary to build new club buildings in twelve villages. We will discuss this issue. It is important for us that people understand that we are aware of this situation, and we are taking steps to resolve it , — said the Chairman of the State Council of the Republic of Crimea.

He is sure that now in Crimea they are making up for what was lost during the “Ukrainian period”.

Find out more:  Ex-deputy of the State Duma from the Crimea Andrey Kozenko received a new appointment. In the Zaporozhye region
14
Share

Attention! Help for people who arrived from the territory of Ukraine – Notary Chamber of Sevastopol

New investment projects worth about 1.5 billion rubles approved in Crimea