A resident of Simferopol deliberately rammed a police car 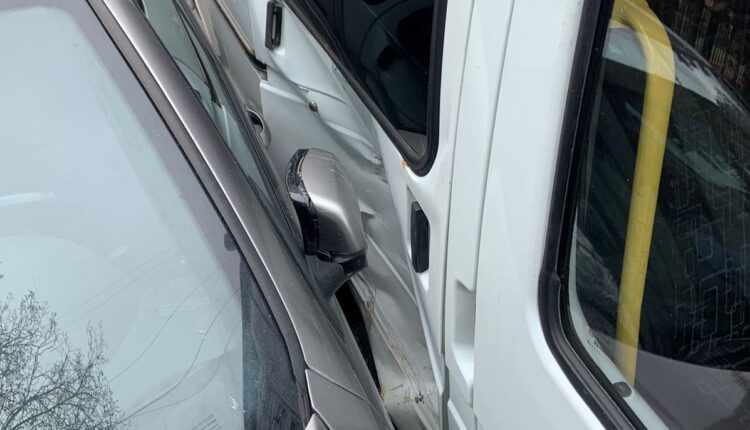 A resident of Simferopol was detained for causing bodily harm to a law enforcement officer in the performance of his official duties. According to the Investigative Committee, a criminal case was initiated against a 37-year-old resident of the Crimean capital under Part 2 of Art. 318 Criminal Code of the Russian Federation.

In the afternoon of April of this year, on one of the central streets of Simferopol, a local resident, knowing that his brother was in the official car of law enforcement agencies in connection with the operation against him, search activities, decided to impede the lawful activities of law enforcement officers.

The attacker, while driving his car «BMW X5», stopped on the roadway, blocking the passage of official vehicles, threatened the employees who were in it with violence, and then, returning behind the wheel, a police car crashed at speed . As a result of the crime, one of the operatives was injured in the form of a closed craniocerebral injury, dangerous to life and health, in connection with the performance of his official duties , — reported in the Investigative Committee.

Currently, the attacker has been detained, interrogated as a suspect, and all the necessary initial investigative actions have been taken. The investigation is preparing to go to the Kievsky District Court of the city of Simferopol with a petition to select a preventive measure for him.

Bodies of the Investigative Committee of Russia always promptly and harshly respond to facts of illegal actions by citizens who encroach on the health and life of law enforcement officers who, with honor and dignity, serve to protect law and order, detain and isolate elements dangerous from society . As part of the investigation, the actions of the person involved in the criminal case will be given a fundamental legal assessment , — emphasized in the Investigative Committee.

The course of the investigation of the criminal case is under the personal control of the head of the Main Investigation Department for the Republic of Crimea and the city of Sevastopol Vladimir Terentyev.

There are not enough janitors in Sevastopol. The authorities want to raise their wages by… raising rents

Voting continues on the choice of objects of improvement. What did Simferopol present