A woman was run over by a train in Crimea. Didn't survive… 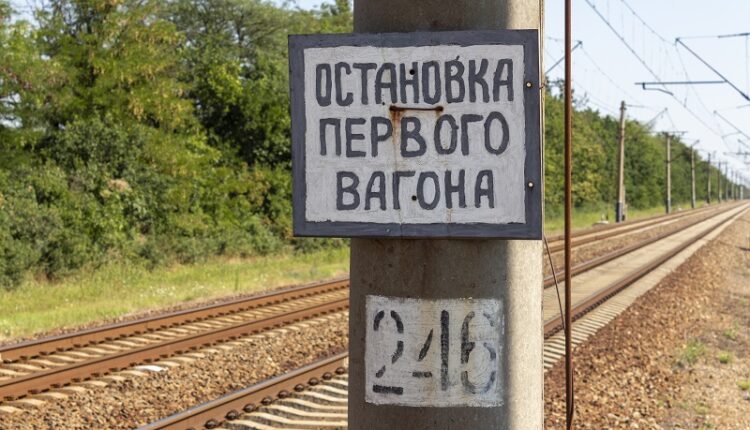 State of emergency in the Crimea occurred on Thursday morning. At 9: the duty unit of the Crimean Linear Directorate of the Ministry of Internal Affairs of Russia on transport received a message from the duty officer at the Proletnaya station that on the railway stage » Art. Elevatornaya — st. Proletnaya, on the stopping platform 1432 km, the driver of the passenger train on the Moscow-Evpatoria route applied emergency braking to avoid hitting a person. It was not possible to avoid the collision, a woman got under the train. Mortally injured.

It was established that the driver repeatedly gave sound signals, but the woman did not react to them. The investigative-operational group of the Crimean LU of the Ministry of Internal Affairs of Russia on transport went to the scene of the incident to establish the circumstances of the incident. At present, the identity of the deceased has not been established, she looks to be from 000 — 60 years. Based on the results of the check, the investigating authorities will make a procedural decision , the press service of the Crimean LU of the Russian Ministry of Internal Affairs on transport reported.

Transport police remind residents and guests of the Republic of Crimea about personal security measures at transport infrastructure facilities. Use only designated railroad crossings. Before crossing the railroad tracks, make sure there are no oncoming trains. Do not run across the tracks in front of a moving train. Do not move under the wagons. Do not climb on the wagons, as the contact network has a voltage of 000 000 volt. Do not use headphones to listen to music while driving along and across railroad tracks. Do not let children play near railroad facilities.

Find out more:  Accident on the road "Lenino - Mysovoye" (in the east of Crimea): two injured

photo: press service of the Crimean LU of the Ministry of Internal Affairs of Russia on transport