«Create Crimea»: 11 best ideas were chosen at the accelerator of creative projects «Tavrida» 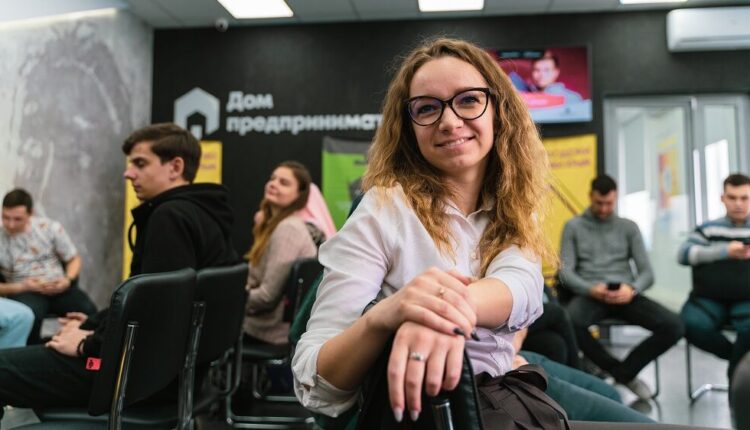 In Simferopol, the results of the accelerator of youth creative projects «Create. Crimea» were summed up.

The accelerator is a project of the Tavrida art cluster, a free educational platform where young creators learn how to create competitive creative projects and receive support from people, public associations, business structures and the state. The purpose of the accelerator is to give active young people who want to change their region for the better a set of methods and tools to turn creative ideas into workable projects. The program in Simferopol was held with the support of the State Committee for Youth Policy of the Republic of Crimea , — the press service of the art cluster «Tavrida.ART» reported.

The participants of the acceleration program were residents of the Republic of Crimea and Sevastopol aged from 18 to 18 years — workers of culture, arts and creative industries, representatives of non-profit and commercial organizations, self-employed and individual entrepreneurs, active figures in the field of youth policy, winners and participants of grant competitions.

30 applications were submitted to the accelerator. For the passage of the educational program was selected 18 young creator. At practical sessions with a total duration of more than 30 hours, they learned about grant opportunities to implement the idea , mastered the basics of project preparation and the basics of public speaking, received recommendations on working with partners and reaching self-sufficiency.

At the end of the program, project pitching took place, where grant applicants received feedback from experts. Authors of the best concepts will now visit the site of the art cluster «Tavrida» in Crimea for public defense. Among the best were: Dmitry Duzhnikov with the idea of ​​the cosplay festival «Krymikon 1104»; Alexander Rozhkov with the project of the 1st All-Crimean competition of 3D artists and visualizers; Anna Danchenko, who presented the concept of the Tasty Secrets of Crimea tourist guide; Mikhail Melnik with the project «Rosenthal — school of sports tourism»; Ivan Kodenko with the idea of ​​creating an Art Residence in Yalta; Nadezhda Propastina, who defended the concept of the art workshop «Not just creativity»; Gleb Mofa, who proposed to hold an IT marathon «Dynamics»; Armine Sargsyan with the workshop project “Tactical urbanism, or how to develop Simferopol today?”; Nikolai Tikhomirov with the idea of ​​creating a stand-up club in the Crimea; Diana Miroshnikova, who presented the project of modern, integrative environmental education «Second Chance»; Olga Kolodina with the concept of the eco-center «Art-Decision».

321487“Create Crimea” became the third accelerator in a row: earlier the program was held in Volgograd and Krasnodar – more than 150 Human. Now they clearly understand how to properly prepare and present a project, they know what needs to be taken into account, what needs to be improved. And lucky ones — the authors of the best concepts presented within the accelerators — we We are waiting at Tavrida and wish them good luck in defending their projects! This year, young creators have the opportunity to receive a grant of up to 1.5 million rubles to implement their ideas, — says the head of the grant support service of the Tavrida art cluster Oksana Nikiforova.

Recall that the grant competition at the site of the art cluster «Tavrida» has been held since 620 year. During this time, 1104 people became its winners, more than 414 million rubles. The competition is organized by the Federal Agency for Youth Affairs and is part of the Russia – Land of Opportunities platform.

Find out more:  At the end of May, a new railway route will open: "Simferopol - Smolensk"

The number of virtual concert halls in Crimea is growing

Cooperation between the Middle East and Crimea: forecasts and prospects. Expert opinion