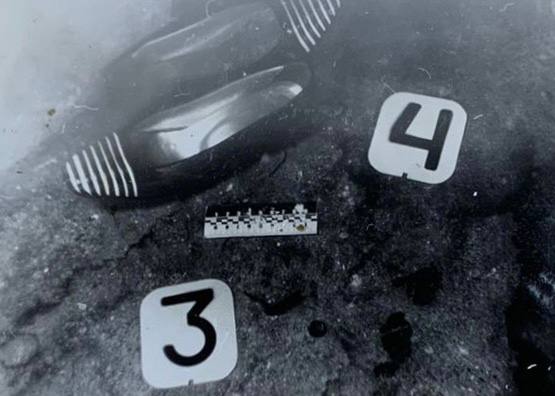 The prosecutor’s office of the Republic of Crimea approved the indictment in a criminal case against a -year-old local resident. The Crimean is accused of committing crimes under paragraph “b” of Part 2 of Art. 132 of the Criminal Code of the Russian Federation (violent acts of a sexual nature), p.p. «g», «k» part 2 of Art. 105 Criminal Code of the Russian Federation (murder).

According to the investigation, the accused, together with his acquaintance, in respect of whom the criminal case was dismissed due to death, in August 1998, being in a state of drug and alcohol intoxication, On the roadway in the city of Yalta, near one of the houses, they met a previously familiar 26-year-old girl, against whom they committed acts of a sexual nature , the prosecutor’s office reported .

To avoid punishment, the men strangled the girl using her clothes. The accused fled from the preliminary investigation authorities. However, in November 2021 of the year, he was detained by law enforcement agencies. With the approved indictment, it was sent to the Supreme Court of the Republic of Crimea for consideration on the merits.

The Investigative Committee revealed some details of the crime 24-year-old.

The Investigation Department for the city of Yalta established that on the night of August 1998 two men who were in in a state of drug and alcohol intoxication, we met our 26-year-old acquaintance at one of the houses in Yalta. The men forcibly dragged the girl under the stairs of the house, beat her and in turn committed other acts of a sexual nature against her. The attackers, realizing that the victim could file a complaint with law enforcement agencies, strangled her with a jacket removed from her. Convinced that the victim was dead, the accomplices fled the scene.

Find out more:  Store thief arrested in Simferopol, suspected of a series of thefts
4
Share